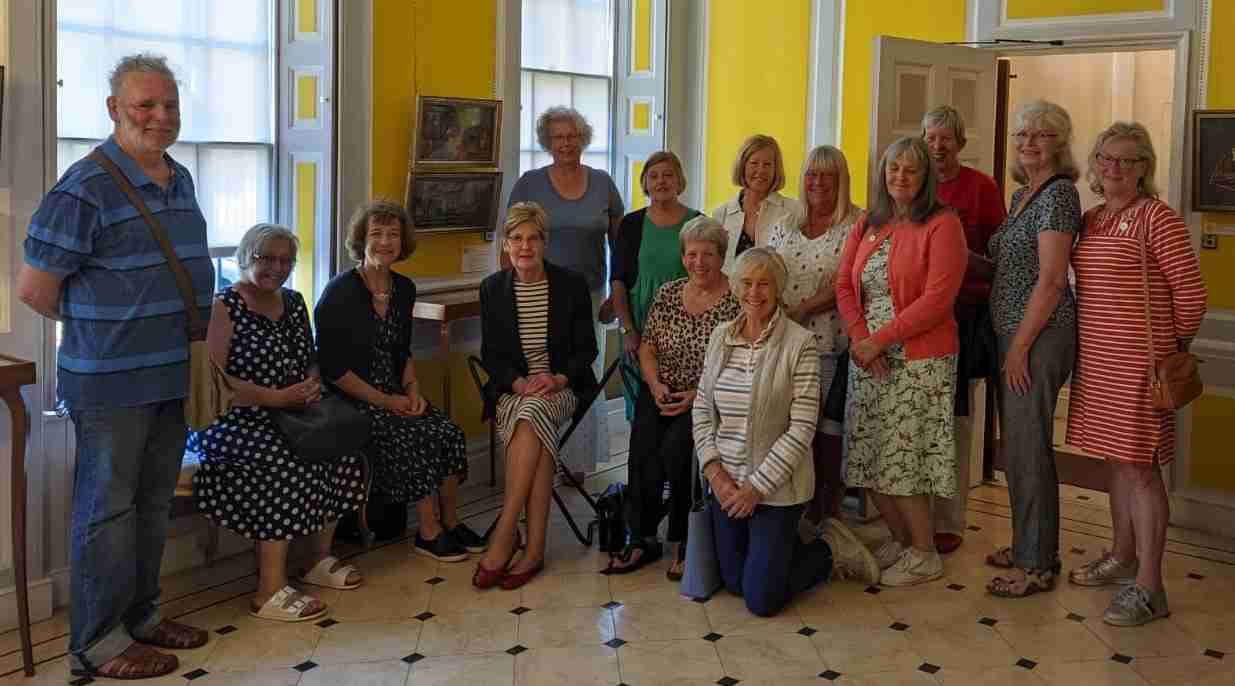 On a bright sunny afternoon in June, 14 Freemen visited the Fan Museum in Greenwich, where they were welcomed by Ross Chandler, the General Manager. After a brief introduction, Ross ushered us into the Orangery, where a scrumptious afternoon tea was ready and waiting for us all to enjoy.

After tea, Helene Alexander gave an introductory talk. Helene and her husband founded the museum in 1991, housed in two Georgian houses which were restored by Helen and her husband to their original glory. Helene mentioned that at one stage the houses were a nurses’ home.

On the ground floor there is an exhibit showing the history of fan making. Mary Kitson, the Curatorial Consultant, talked about the many varied materials used to make fans which included ivory, silk, horn and tortoiseshell. Mary pointed out some extended fans where the scene on the fan extends out to become a painting. There are a few theories about the origins of these extended fans and one such theory included this being a way to circumvent the rules of the then Guild of Fan Makers about not having the artist sign each fan. Due to extended fans not being used solely as a fan, but also as a painting, the artist could therefore sign their name. This could also have been a way to make more money.

The museum has over 7,000 fans, which are used sequentially to enable the exhibition to change every few weeks. On the first floor Alison Hendry, the Interim Curator, showed us their current exhibition. The theme for this is flowers and included examples of Art Deco, advertising and Chinese fans. On display was a silk fan designed with pansies, and also a photo of a painting with Queen Elizabeth I holding the fan.

All in all, a wonderful visit.