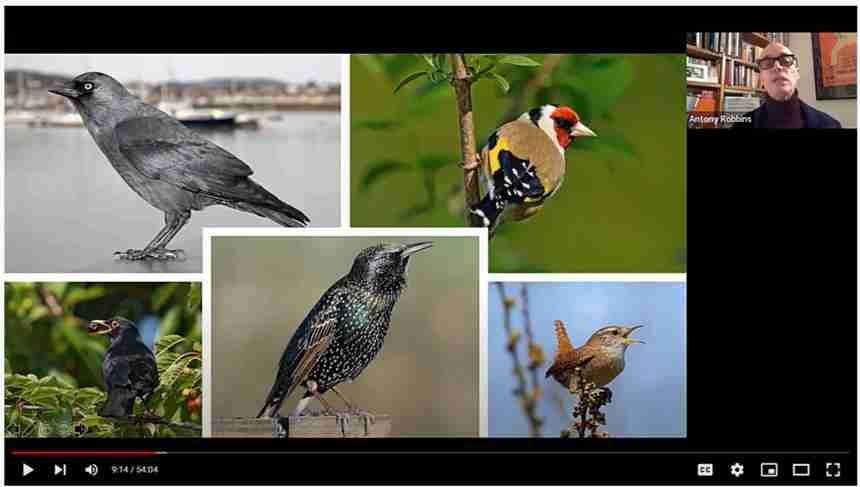 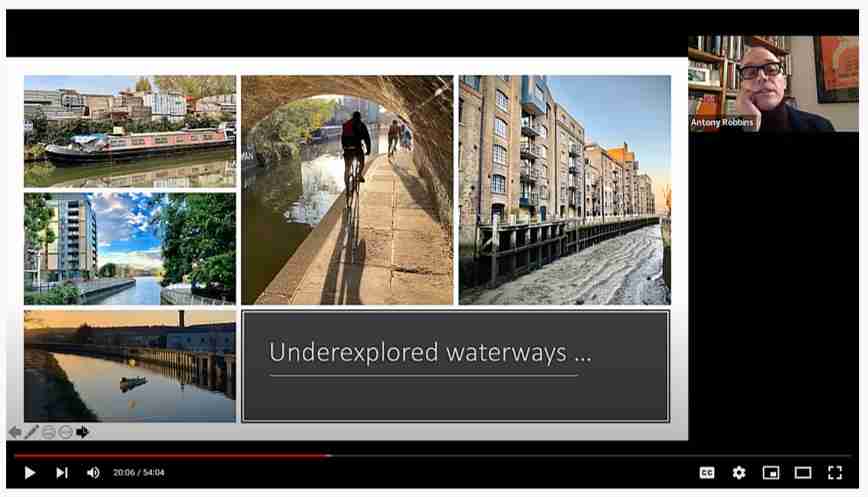 Firstly, a big thank you to Christine Anderson and Vicki Garratt for organising this event which was very successful with 29 screen attendees and 7 people booked to watch the recording later.

How lovely, on a winter evening to be able to snuggle up in front of the fire with a small pint of cooking sherry and experience a virtual walk around the marvellous City we all love, London.

Antony Robbins was our guide from the blue badge organisation.  A former director of the Museum of London, he was both knowledgeable and enlightening.

The theme for our virtual walk was “Delve into the hidden city” and Antony focussed on 3 aspects; ‘hidden nature in the heart of the city and the sustainable city’, ‘hidden curios - the London no one knows’ and lastly ‘the hidden heritage’ focussing on Bankside and its neighbourhood transformation plan.

Antony reminded that, during lockdown, we all became more aware of nature and our environment.  He quoted “The Earth could hear itself breathe” as noise and pollution were reduced and we were able to appreciate the buildings, animals, and plants around us. Apparently, during this time it was shown that starlings have developed different songs in different parts of London.  How wonderful to learn this, so starlings in Islington differ from those in Borough Market.

It is easy to think that London is a purely urban environment, but Antony revealed some of the hidden waterways.  The Thames has 50 named tributaries and one of these, the river Wandle in Wandsworth, had 60 to 70 mills in the 16-century for grinding nuts, imported from Brazil, to extract the red dye used for dyeing the capes and caps of Catholic priests.  The river Neckinger in Bermondsey was named after the slang word for the gallows on its banks. In the book “Oliver Twist” by Charles Dickens, the villain Bill Sykes accidentally hanged himself on Jacobs Island.

There are also many other City waterways and the most important, the Regent Canal is an oasis for wildlife, stretching from central London and joining the Grand Union Canal all the way to Birmingham.

Thirty-three London Boroughs have declared a climate emergency for London.  The aim is to make London carbon Net Zero by 2030.  To work towards this there are plans for a 15-minute polycentric city. The objective is that people in a borough can access all amenities within a 15-minute walk. This should include all goods and services with enhanced culture, sports, and recreational facilities.  All the attendees of the virtual walk appreciated how this would improve people’s quality of life and walking and cycling will reduce the burden of cars and help us get out of them and get active.

He also reminded us of the low line - an innovative plan to connect railway viaducts and their arches, turning them into a green corridor to link areas together along the Victorian infrastructure.

Lastly, Antony picked out a list of places that were hidden curios including a gold statue of St Bartholomew in St Bartholomew’s church, depicting the saint holding his own skin and a scalpel.

Our virtual walk had taken us to all 4 corners and points of the compass around London and we had managed this feat without tired feet or given the cold wet January weather, any discomfort at all.

We thanked Antony hugely for his time and in-depth knowledge and managed to get him to recommend his favourite explorations in Bankside and Soho, which perhaps we could do next time. Who knew there was so much to see? It really is a lifetime’s work.