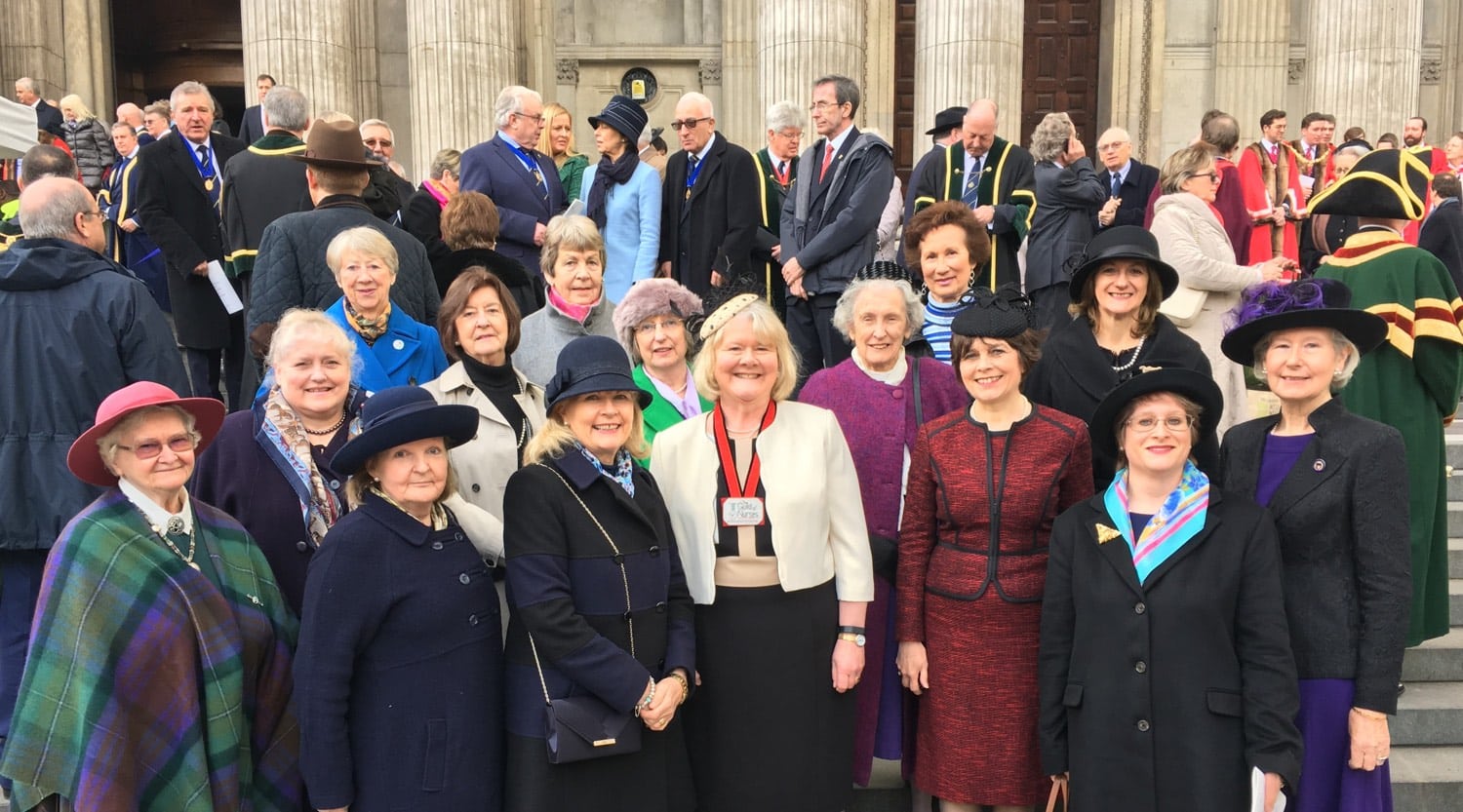 For the first time since the Guild was recognised by the Court of Aldermen, the Guild of Nurses was thrilled and extremely proud to be a part of the annual United Guilds Service at St Paul’s Cathedral this year and what a super ceremonial occasion this was. The Master, Upper Warden, Renter Warden and 16 fellow Freemen of the Guild who attended were seated in the very last two pews (as befits our status in the Livery Company hierarchy!) However, being able to turn around meant that we had the best view of the arrival of the Lord Mayor, Lady Mayoress, Sheriffs, the Sword Bearer , Mace Bearer, and the procession of Aldermen, their Beadles, the Masters of the Great Twelve Companies  along with the Acting Bishop of London, Dean of St Pauls, visiting preacher the Bishop of St Edmundsbury and Ipswich and St Paul’s wonderful Choristers.

Now, in its 76th year, this uplifting annual Service originated in 1943, when at a meeting of the Twelve Great Companies it was decided to hold a service to lift spirits in the City following the Blitz in 1940-41. The Service has now become an annual event and is attended by the Lord Mayor, Sheriffs, and Aldermen. Nearly all the City of London Livery Companies and Guilds are represented, and the service is one of the most important events in the City Livery Calendar.

Following the service 14 of us repaired to the wonderful surroundings of Apothecaries Hall, where at the kind invitation of the Society of Apothecaries, we were wined and dined superbly along with some fellow Guilds and Livery Companies.