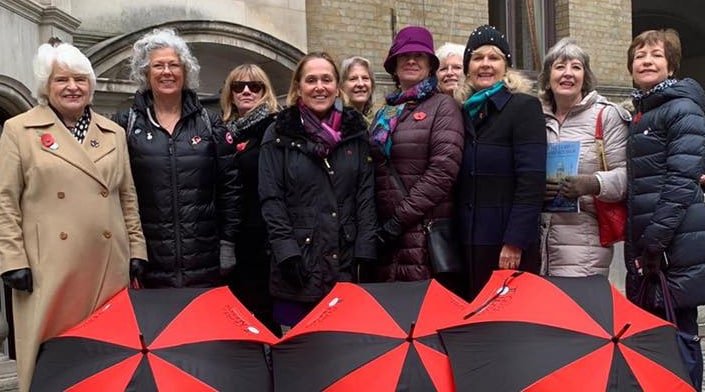 On a cold, bleak Saturday morning members of the Guild of Nurses gathered at Stationer’s Hall. We were there for a nice warming cup of coffee or tea before heading out to see the pomp and pageantry of The Lord Mayor’s Show. And what a delight it was.

There were several marching bands and floats to see in the show, as well as many Liverymen from numerous Livery Companies in their Livery. The armed forces were also well represented showing the specialities of their respective corps. The new Mayor and his consort, in their spectacular carriage, followed at the end of the parade.

The dark clouds threatened to rain but that didn’t dampen the delight and enthusiasm of the watching crowd. Fortunately for all, the rain held off till after the parade. By that time we were enjoying the hospitality of the Stationer’s Company back at Stationer’s Hall, where the food and drink were delightful and the company was most engaging. 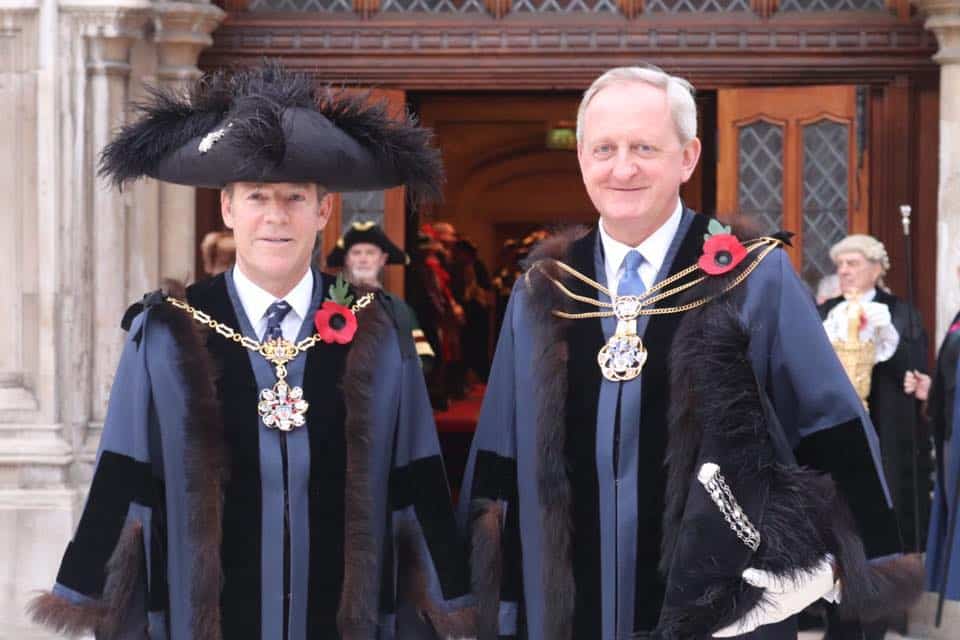 The outgoing and new Lord Mayor