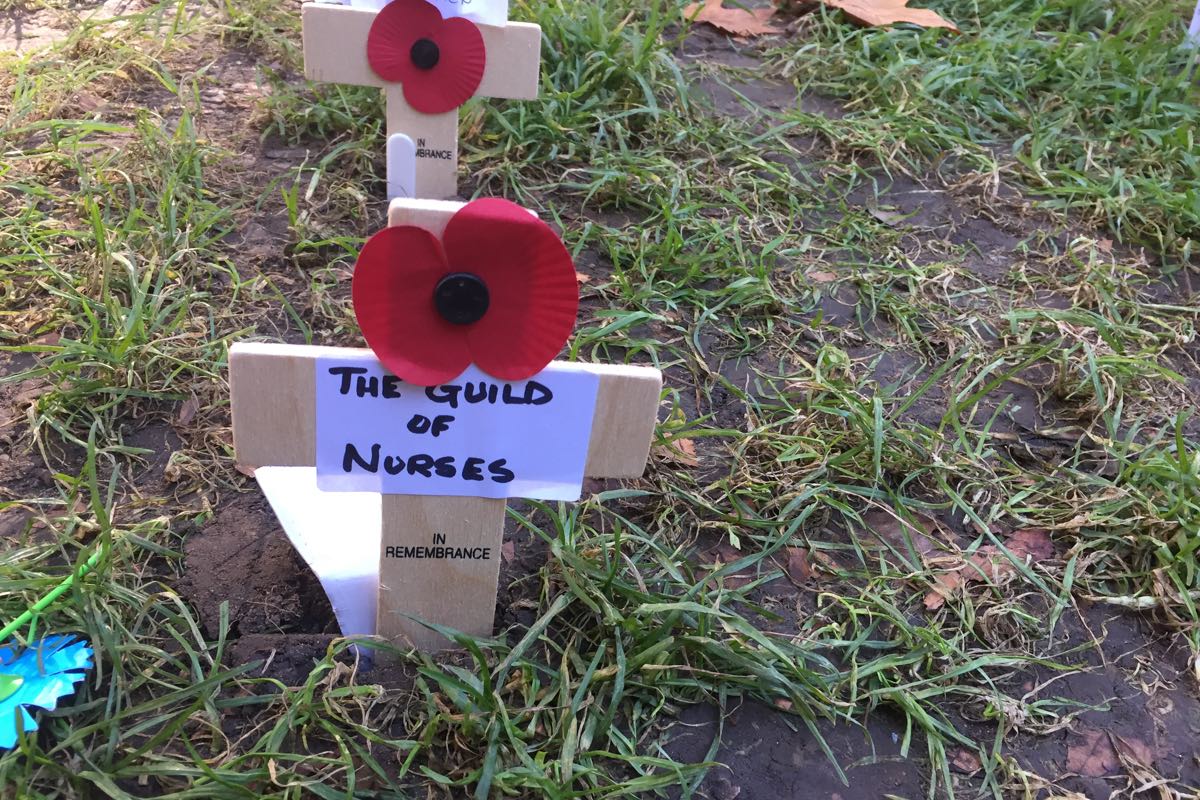 The Master and Honorary Clerk attended the service for the opening of the Garden of Remembrance in St Paul’s Cathedral Churchyard.  This was at the invitation of the Royal British Legion. This moving occasion is held annually to launch the City of London Poppy Appeal.

The tradition of poppy planting was the idea of Major George Howson MC. In 1928, he took a group of disabled veterans, a tray of poppies and a collecting tin to St Margaret’s Church next to Westminster Abbey. They gathered around a wooden cross taken from a battlefield grave of an unknown British soldier.  The men pushed poppies into the ground and invited passers-by to do the same. The Poppy Factory opened in 1931 and, as we know the tradition has grown and continues to this day.

The City was led by The Lord Mayor and Lady Mayoress who planted crosses on behalf of the citizens of London. They were followed by other notable guests and then all 110 Livery Companies followed in Order of precedence.   The Guild of Nurses, as the very newest addition to this ceremony, was last.

The churchyard garden was opened for the public to plant their own crosses. We were enormously privileged to be present at another of the great City traditions.

The same evening, the Master attended a Service of Thanksgiving for the Lord Mayor’s Year in Office.   This was held in St Stephen Walbrook, the beautiful church adjacent to the Mansion House and the Lord Mayor’s parish church.  This was a wonderful occasion with music that did justice to this Lord Mayor’s musical interests.  The service marked the end of The Rt Hon Alderman Dr Andrew Parmley’s year in office. The affection and respect in which he and the Lady Mayoress are held was clear to all – they have had such a very successful, busy and productive time in office.

The Guild of Nurses is honoured to have Andrew as our Sponsoring Alderman and we wish him and Wendy both well in their next adventures. 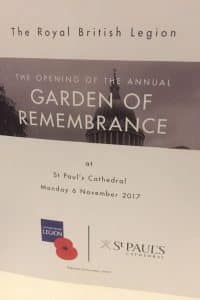 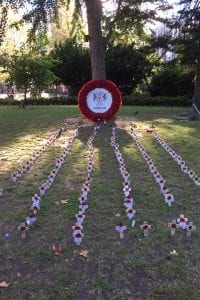 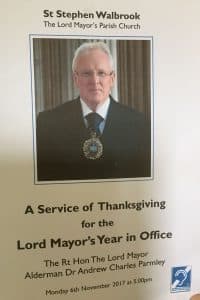