The annual Sheepdrive organised by the Worshipful Company of Woolmen took place on Sunday 29th September.  Middle Warden Julia Mingay and Renter Warden Liz Bardolph along with 600 others exercised their right as Freemen of the City of London to drive sheep across London Bridge.  This privilege dates back to medieval times when sheep farmers brought their sheep to London for sale and Freemen of the City were excused from paying a toll.

Seventy livery companies were represented on the bridge and although the rain fell in alternate sheets and drizzle the weather did not dampen the good humour and sense of fun.  The sheep were remarkably tolerant and there were no escapees, unlike in other parts of the country where this has been adopted.  After the drive all those taking part were presented with a certificate signed by the Lord Mayor.  The money raised will be used for charitable purposes. 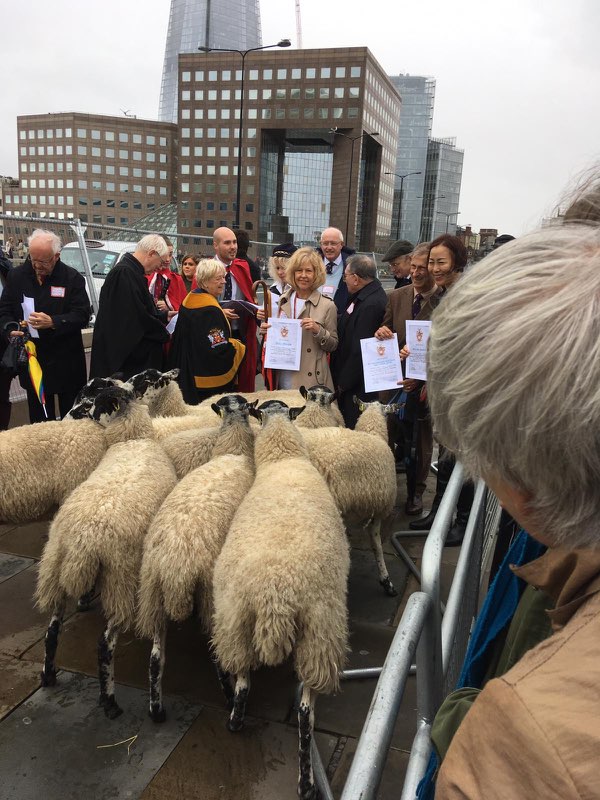 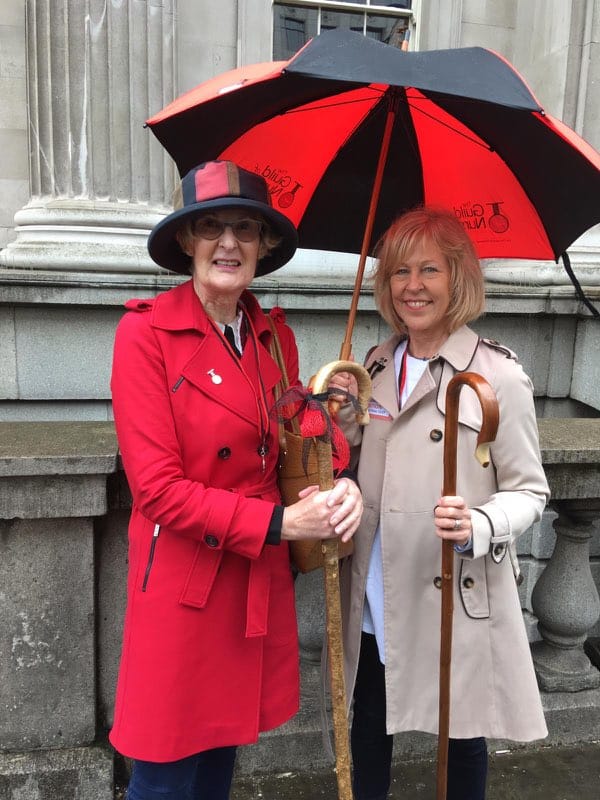 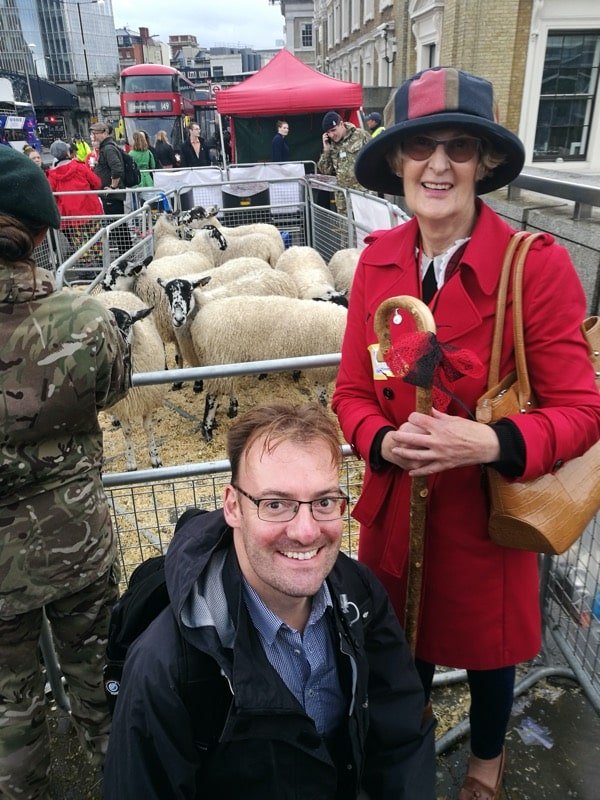