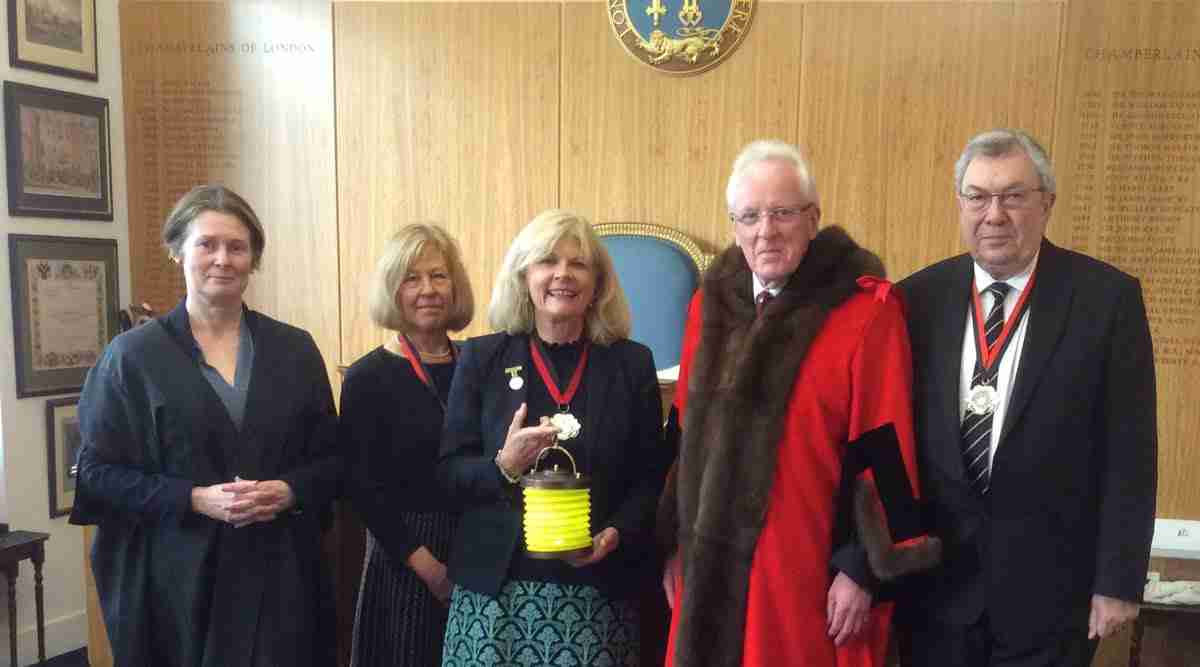 Also on permanent display and of interest to all nurses is the wooden Freedom casket, designed to hold Florence Nightingale’s Honorary Freedom of the City of London scroll. As she had specifically requested that it should be neither expensive nor ornate, it was made in wood rather than a precious metal. However, it is not at all plain and was designed to look like a temple featuring soldiers and an angel. Florence Nightingale was the first woman to be awarded the Honorary Freedom of the City of London and it is wonderful that the Company of Nurses has enabled many more nurses to be Free of the City of London - as ‘Citizens and Nurses’. 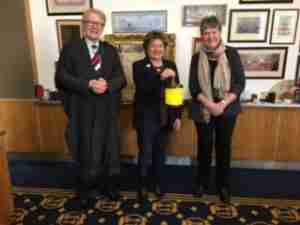 Lucy Wheatley, a Freeman of the Company of Nurses, attended the ceremony to become Free of the City of London and was the first of our Freemen to be presented with the lamp by Murray Craig, Clerk of the Chamberlain’s Court (Lucy pictured centre). Congratulations! Lucy was accompanied by her friend and fellow Freeman Judy Cook.