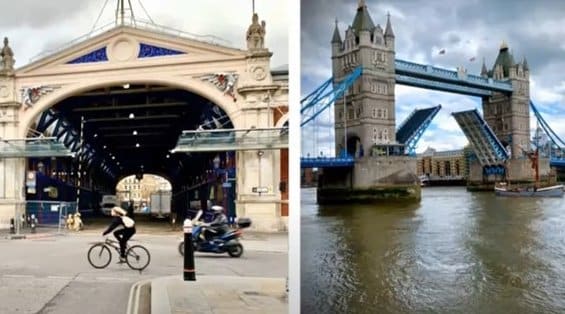 On Wednesday evening a group of us enjoyed a Zoom trip with Antony Robbins along the river Thames. Antony told us that his love for the river and its surroundings dates back to his childhood when he would spend days on the water with his father. He gave us a comprehensive overview of all aspects of the river, mentioning its length of 215 miles but concentrating on the section we mostly think about, that which flows between the Thames barrier and Fulham.

Historically, we were reminded that the Romans arrived with contingents made up of many races and even had elephants with them at one time. The vibrant history that has been and continues to be made on and around the river ranges across the whole spectrum of life and experience. The waters have been a great sewer, the carrier of “the great stink”, but also a source of food.  Now there are at least 125 species of fish and Wildlife Trust areas on its shores. It has been, and indeed probably still is, the scene of murky and criminal activity, not least around its shady tributaries and dank underground passages.  It is also the backdrop to feats of daring such as flying through Tower Bridge. The fascinating and quirky stories are so many and very varied.

The river has always inspired poets, writers, and artists. The banks are lined with every conceivable type of building, all moving with the times as demonstrated by the example of Tate Modern, opened by the Queen in 2000 after its conversion from the Bankside Power station, which had also been opened by the Queen in 1963.

Antony took us on this trip from “The dirty old river” to the exclusivity of The Hurlingham Club and so much in between.  We enjoyed a fascinating glimpse into this wonderful area of London.