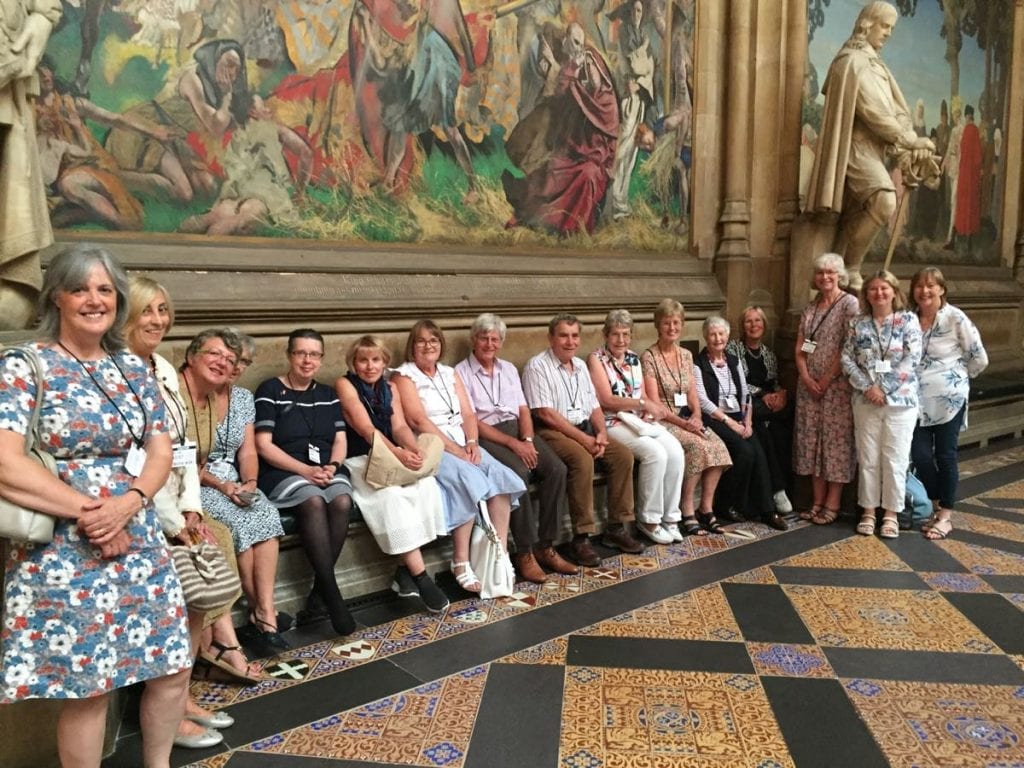 16 members and guests were fortunate to experience another of The Guild’s fascinating visits to The Palace of Westminster. We met in time for a coffee before our very informative, entertaining and funny cockney guide Mick. The time flew by as he led us in the footsteps of the Queen at the State Opening of Parliament, through the splendour of the Lords Chamber to the relatively more austere Commons Chamber, ending in the almost 1000 year old Westminster Hall.

We convened for lunch in the Jubilee Cafe while some took this time to visit the fourteenth century Jewel Tower and Voice and Vote: the ‘Women’s Place in Parliament Exhibition’ in Westminster Hall.

After seeing The Speaker’s Procession at 2.25pm we took our seats in the Public Gallery of The Commons to see Parliament in action. We heard questions to The Secretary of State for Work and Pensions. This was followed by urgent questions about detainee mistreatment and rendition, Saddleworth and Tameside Moors ongoing fires.  We then listened to a statement by Theresa May on the European Council held in June.

A huge thank you to Anne Milton and the team in her office for arranging the visit on our behalf.