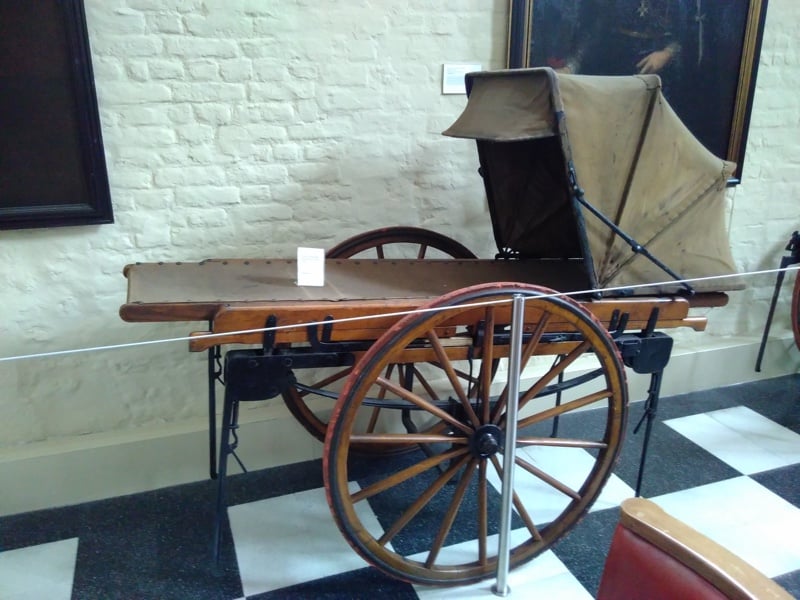 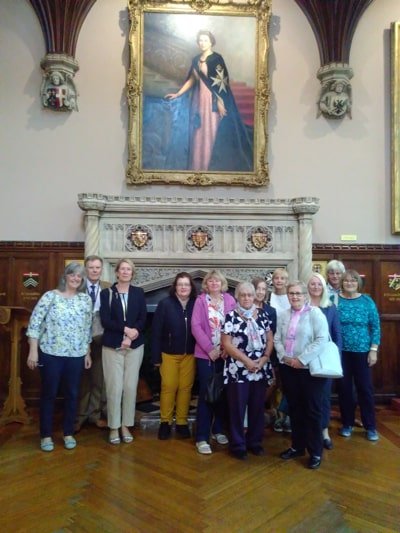 We met at St John’s Gate in Clerkenwell, the home to The Museum of The Order of St John.  Twelve of us were guided through the museum by Terry, who was able to bring it to life in a very informative and entertaining way because of his long association with The Order.

The buildings ranged from the sleek and modern through to the Victorian Chapter Hall, Tudor Council Chamber and Old Chancery to 12th century crypt below the Priory Church. Unfortunately, it was a bit too rainy to enjoy the Cloister garden.

Our guide explained the fascinating history of the ancient religious military order from its origins caring for sick pilgrims in 11th century Jerusalem, through to its modern day role with St John’s Ambulance the international first aid charity and St John Eye Hospital in Jerusalem.

In 1140 the Priory in Clerkenwell was set up as the English headquarters of the Order. The order was dissolved after the Reformation. The modern Order of St John in England was granted a Royal Order in 1888 by Queen Victoria. The Order of St John itself is an Order of Chivalry of the British Crown. They had already set up St John Ambulance to train people in first aid in 1877 and in 1887 their volunteers were organised into a uniformed Brigade to serve at public events. The Ambulance Association and the Brigade were amalgamated in 1974. Until the middle of 20th century, St John was the only provider of an ambulance service in many parts of Britain. It is now active in more than 30 countries.

Following the visit, eight of us went for a relaxed and chatty lunch out of the rain!

Many thanks to Shirley Lee who arranged the visit, but was unable to join us on the day.

← Guild of Nurses: a present from the past for the futureAnnual Church Service, Reception and Freedom of the Guild Ceremony Tuesday 9th October 2018 →
Scroll To Top