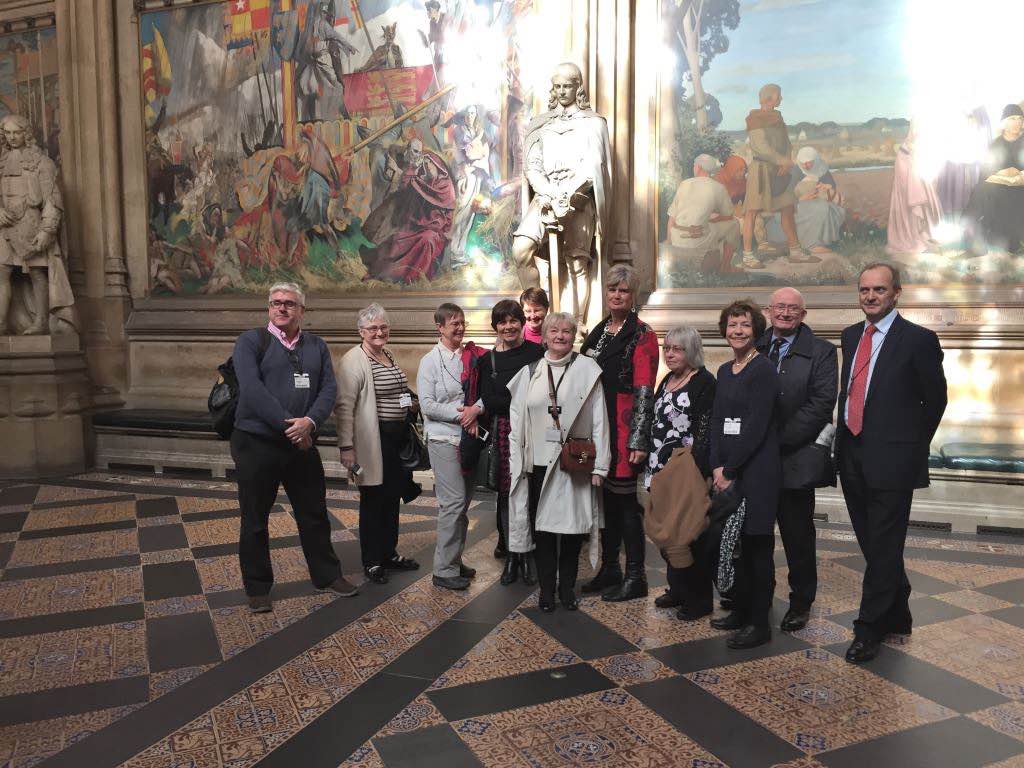 What an amazing day out that some of the Guild and their guests were fortunate to experience in March.  The day was just fascinating.

After a bit of queue to get through security, behind what appeared to be half the school children of London, we met inside the Palace of Westminster with time for coffee before meeting our brilliant Guide in the fabulous 11th Century Westminster Hall. Helen, a retired parliamentary secretary, was so enthusiastic about all aspects of the building, its architecture, its history and its current use and government. She had many personal anecdotes from her 29 years of working in the building and managed to infect us all with her enthusiasm for the place.

Ten of us were lucky to also have tickets for seats in the public gallery of the Commons for the afternoon sitting. We reconvened, after lunch in the Jubilee Café, in time to see the Speaker’s Procession. The traditional ceremonial procession consists of the Commons’ Doorkeeper, the Serjeant at Arms with the mace, the Speaker, the Trainbearer, Chaplain and Secretary with on duty police calling out “Speaker” and “Hats off, Strangers” as they pass the public in the Central Lobby.

We visited on a busy day in Parliament and we had a captivating afternoon. After questions to the defence ministers and Secretary of State for Defence, we heard the first reading of a 10 minute-rule Bill on access to abortion which was very pertinent to us as nurses and then followed the Brexit debates about the proposed House of Lords amendments to the bill which if passed will trigger article 50. There were so many recognisable faces in the House.

Our tremendous thanks must go to Anne Milton and Sarah and Antonia in her office for arranging the day on our behalf.

A further visit to The Palace is planned for the Autumn. I would advise anyone to go on this tour – it’s definitely a good day out! 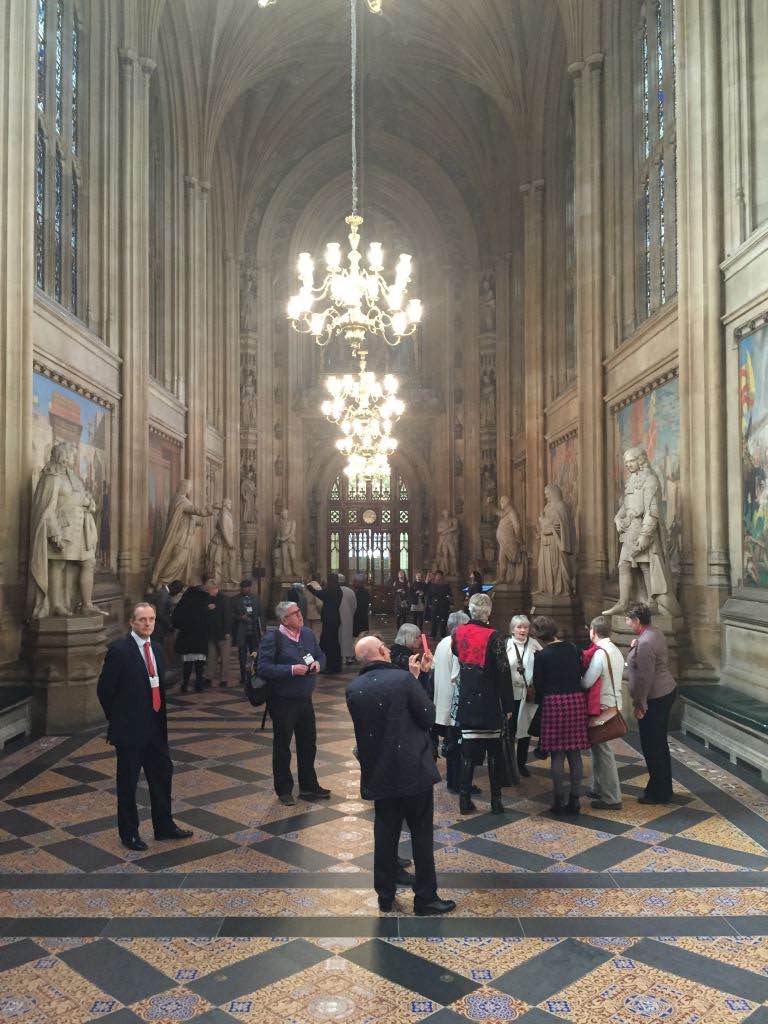 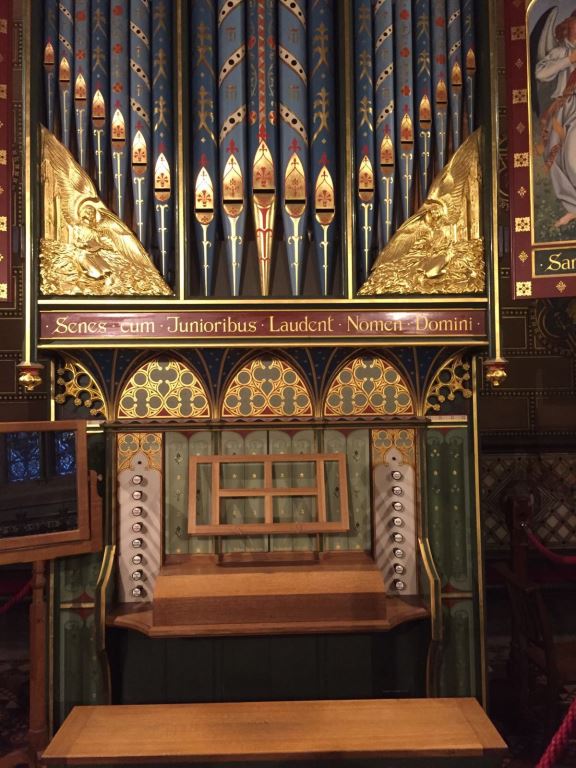