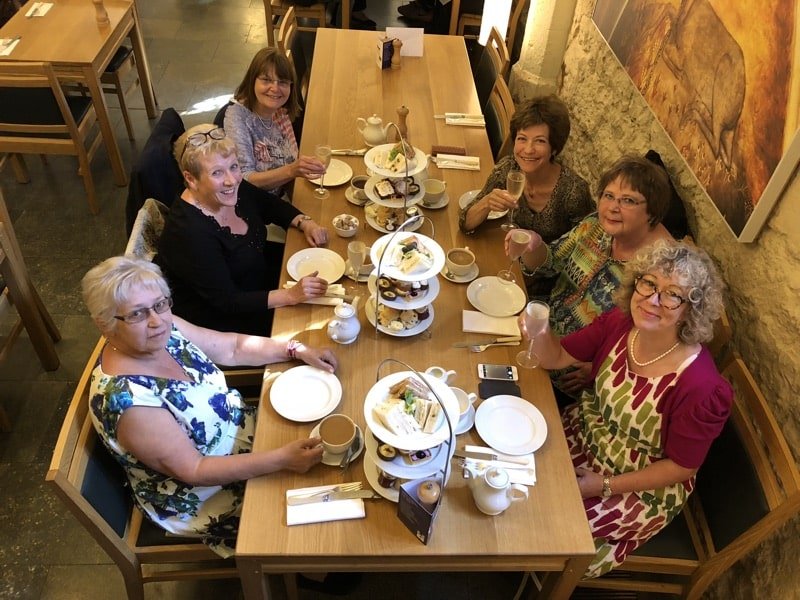 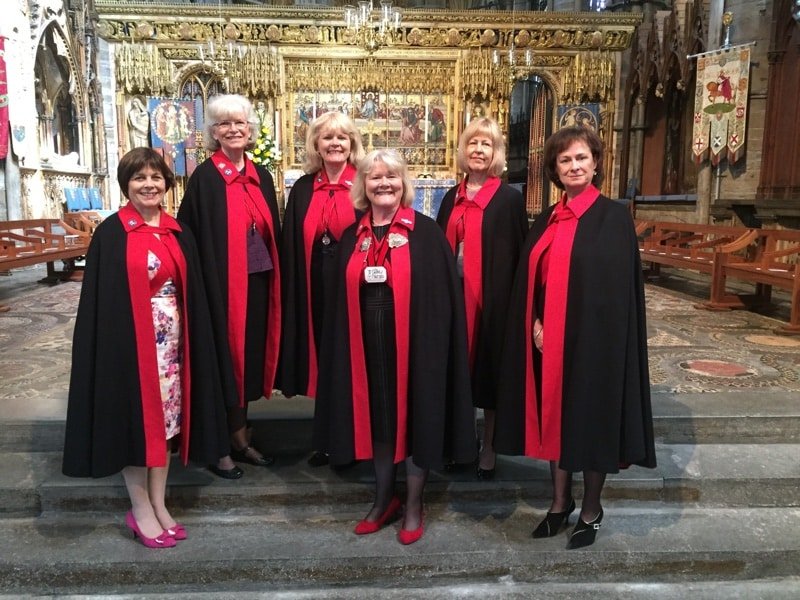 Six retired army nurses (including one Colonel, one Lt Colonel and four Majors) who are also Freemen in the Guild were among 33 Guild of Nurses members who attended the recent Service to Commemorate the Life of Florence Nightingale. This annual service is held at Westminster Abbey as close as possible to 12 May, Florence Nightingale’s birthday, now International Nurses Day. The afternoon for this group of nurses commenced by enjoying afternoon tea, complete with a glass of bubbly, in the Cellarium Cafe at the Abbey, a wonderful venue to begin a moving and memorable time.

The procession at the service was wonderful led, as always by the Adjutant and Chelsea Pensioners. Their participation is in memory of, and in gratitude to, Florence Nightingale for her care of the troops, their predecessors, during the Crimean Campaign.

Officers representing the Florence Nightingale Foundation led the nursing contingent. They embody the traditional link between nurses and voluntary lay people who work together in a charitable context to develop and advance the practice of nursing and midwifery for the benefit of all those who need healthcare.

The Master and Wardens of the Guild of Nurses were then honoured by processing next.  Florence Nightingale was awarded Honorary Freedom of the City of London so it was entirely appropriate that the Guild on its journey to becoming a City of London Livery Company was acknowledged in this way.

Nurses were represented by the three Matron-in-Chief of Her Majesty’s Armed Forces, and student nurses and midwives from the University of Plymouth. Of special significance during the procession is the Nurses’ Roll of Honour and a Lamp which is kept in the Florence Nightingale Chapel at Westminster Abbey. The nurses who have the privilege of carrying these two special items looked justifiably proud.

The address this year was given by Sister Frances Dominica who moved us all with her memories of nursing. All in all a wonderful afternoon. If you have not attended, I urge you to apply next year.