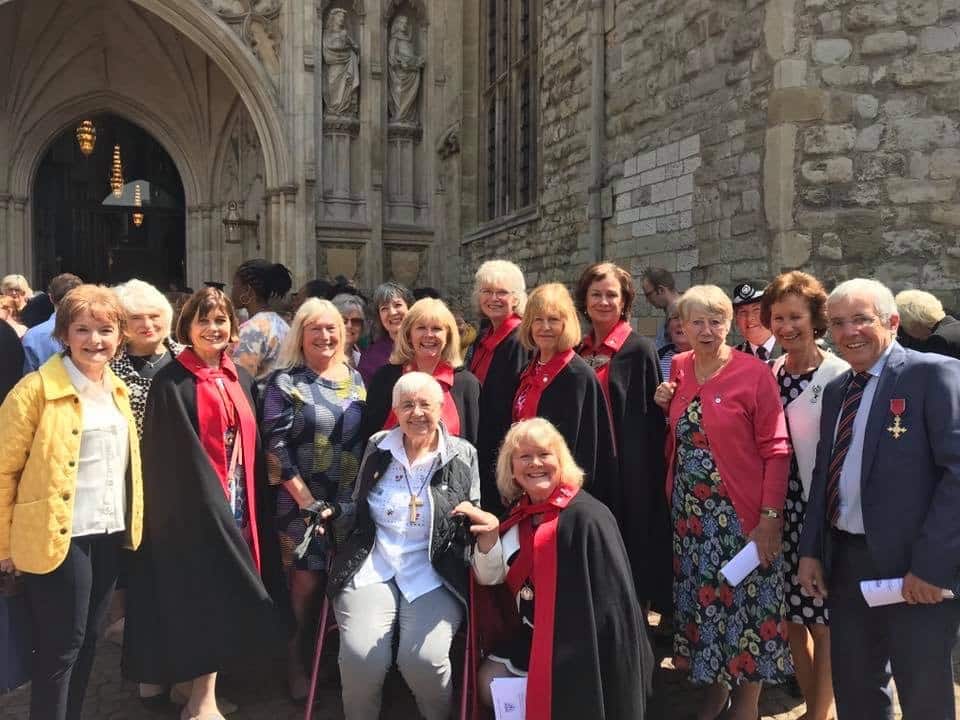 This year also saw a commemoration to the centenary of the funeral of Edith Cavell.  Edith was executed for saving hundreds of allied soldiers in Brussels in WW1, nursing them to health, whilst hiding them and helping their escape. She was executed by firing squad having been found guilty of treason against Germany, a charge that was unlawful as she was not a German citizen. She was initially buried in Brussels and then exhumed and reinterred in Norwich Cathedral a couple of years later following a state funeral. Her statue stands at St Martins Near St Martins in the Field.

This year The Guild of Nurses again had a prominent role at this service, having first attended 3 years ago.  There were in the region of 30 Court Members and Freemen in attendance and for those who have never attended this event a brief description follows.

Nurses gather and are seated throughout the Abbey. The service starts with The Possession of Chelsea Pensioners, Officers of Florence Nightingale Foundation, The Master and Wardens of The Guild of Nurses, Florence Nightingale Professors, the Right Worshipful The Lord Mayor of Westminster and Deputy High Steward Councillor Linsey Hall. 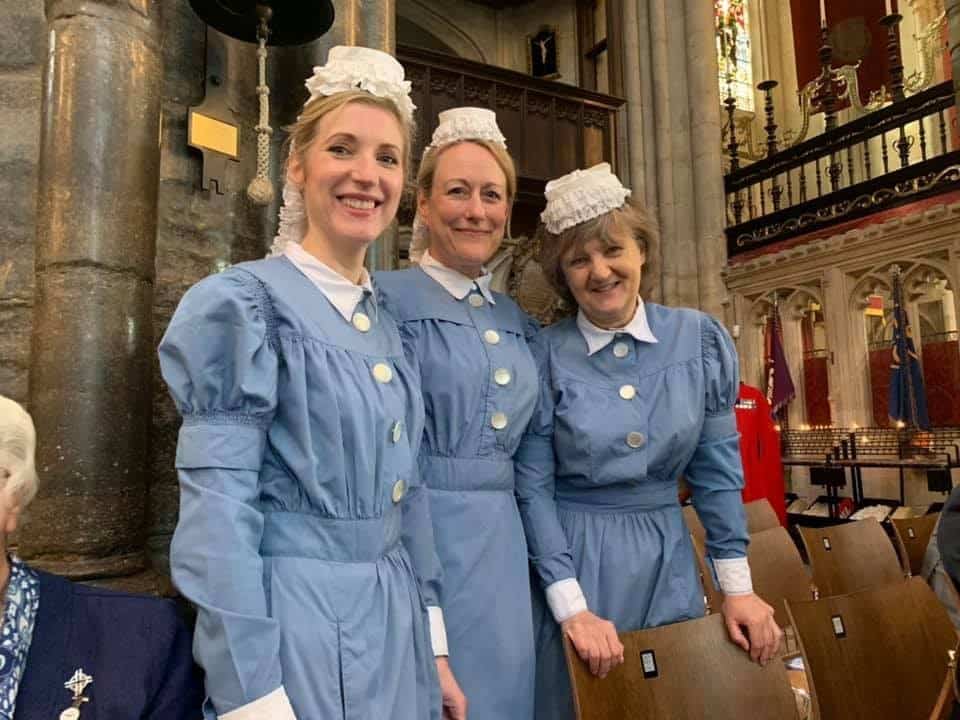 The British Commonwealth Nurses Roll of Honour was carried from the grave of the Unknown Soldier to the High Altar by a member of Queen Alexandra’s Royal Army Nursing Corp(QARANC) escorted by the three Matron-in Chief of HM Armed Forces. This was also in recognition of the 70 years since the foundation of the QARANC.

The Address was given by The Very Reverend Dr. Janes Hedges Dean of Norwich as part of the Cavell commemoration.

The Nurses Lamp was then carried by Lt. Col Geoff Hall QARANC and escorted by student nurses and midwives from University of Hertfordshire to the High Altar and passed to a Florence Nightingale Scholar and to a second Scholar to represent transmission of knowledge and highlights diversity of care for the benefit of humanity.

Following this, three nurses from The Royal London where Edith Cavell trained processed in traditional uniform as a mark of respect.

A Blessing was read by the Dean before the service concluded and the Procession returned down the Abbey to the grave of the Unknown Soldier.

Hundreds of nurses representing all areas of the UK were present including members of nursing from the armed forces. All attending use the opportunity to meet old friends, colleagues and to make new friends and feel immensely proud of their profession.

Members of The Guild gathered outside so some photographs of this wonderful event could be taken. Freemen can apply for a ticket to attend as part of our annual social calendar.