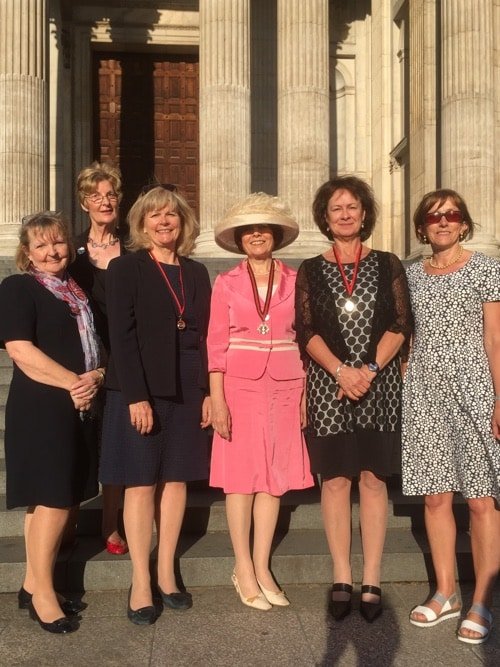 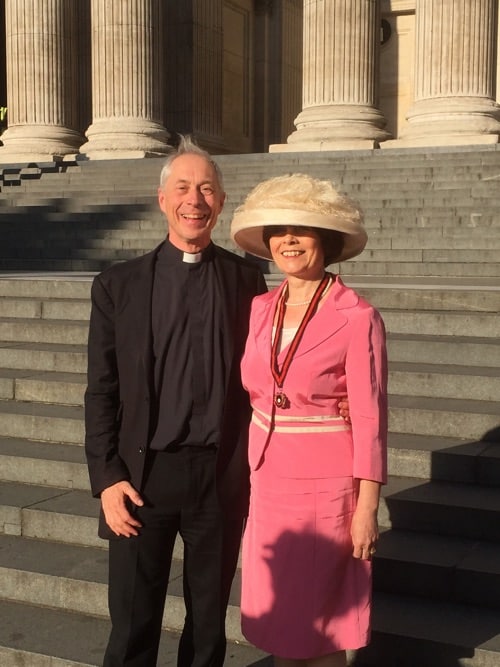 The Master and Masters Consort

The charity now known as the Sons and Friends of the Clergy has its origins in the seventeenth Century. The first Festival was held in 1655 and there has been a Festival every year since then. It is believed that this fact makes it the oldest service of its kind in the Anglican Communion.  The tradition is that the Lord Mayor Locum Tenens and the Bishop of London process in State with the Sheriffs, the Bishops of Barking, Chelmsford, Colchester and Gloucester and the Aldermen of the City of London both at the beginning and at the end of the service. Over seventy-five Livery Companies of the City are represented by their Masters, Prime Wardens and Upper Bailiff. This year our Master also processed!

The 364 th Festival of the Sons and Friends of the Clergy took place in St Paul's Cathedral at 5pm on Tuesday 15th May 2018. The preacher was the Right Reverend and Right Honourable Dame Sarah Mullally, Bishop of London, Nurse and former Chief Nursing Officer of the UK.

Those Members and Freemen of the Guild, with our new Master, who were lucky enough to be allocated tickets for this special Festival service must have been some of the most favoured Nurses in London!! We are so grateful for the generosity of those who make this allocation possible.  The experience was at times almost overwhelming. The processing, the music, the building, the ethereal singing (of St Paul's, Chelmsford and Gloucester full Cathedral choirs) and the congregation, from many countries, provided the setting for a most moving and memorable occasion. I think we felt proud to be representing The Guild and quietly most impressed by the sight of a woman Bishop – who had very discrete sparkles in her Mitre – by her Address, and, by the testimonials given by two of those who had received help from the charity this year.  The charity continues in the ‘promotion of health' by various means among Anglican clergy. The Sons and Friends of the Clergy is based at 1, Dean Trench Street, Westminster, SW1P 3HB