The Guild of Nurses

The City of London Guild of Nurses

For the Nursing Profession - past, present and future

Details of how to apply for events will appear on this web site approximately 6 weeks before the event.

Wednesday, 11 April
Declaration Ceremony 18.00 at Guildhall for newly admitted Freemen and their guests, followed by a buffet supper.

Thursday, 12 April
A guided tour of the Richmond Poppy Factory with lunch.

Friday, 11 May
The Guild of Nurses’ Annual Banquet at Guildhall on the eve of Florence Nightingale’s birthday and International Nurses Day.

Thursday, 21 June
Declaration Ceremony 18.00 at Guildhall for newly admitted members and their guests followed by a buffet supper.

Tuesday, 26 June
A tour of Mansion House, home and office of the Lord Mayor of the City of London, 11.00 followed by lunch.

Monday, 2 July
Behind the scenes tour of the Palace of Westminster. The Jubilee Café is open for refreshments after the tour and seats available to the public gallery to view business in the House of Commons.

Saturday, 22 September
A visit to the Museum of the Order of St John: spanning the history from caring for sick pilgrims in 11th century Jerusalem to the modern-day St John Ambulance.

Saturday, 15 or 29 September - date to be announced
City Walk around the eastern part of the City of London.

Tuesday 9 October - date to be announced
The Guild of Nurses Annual Church Service at St Lawrence Jewry, Guildhall Yard, followed by a Declaration Ceremony at the Guildhall for newly admitted Freemen and their guests and a buffet supper.

Thursday 15 November
Ceremony of the Keys at the Tower of London 21.30. Supper is planned prior to the ceremony. 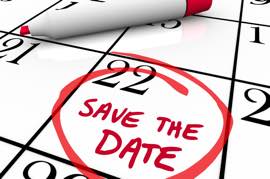