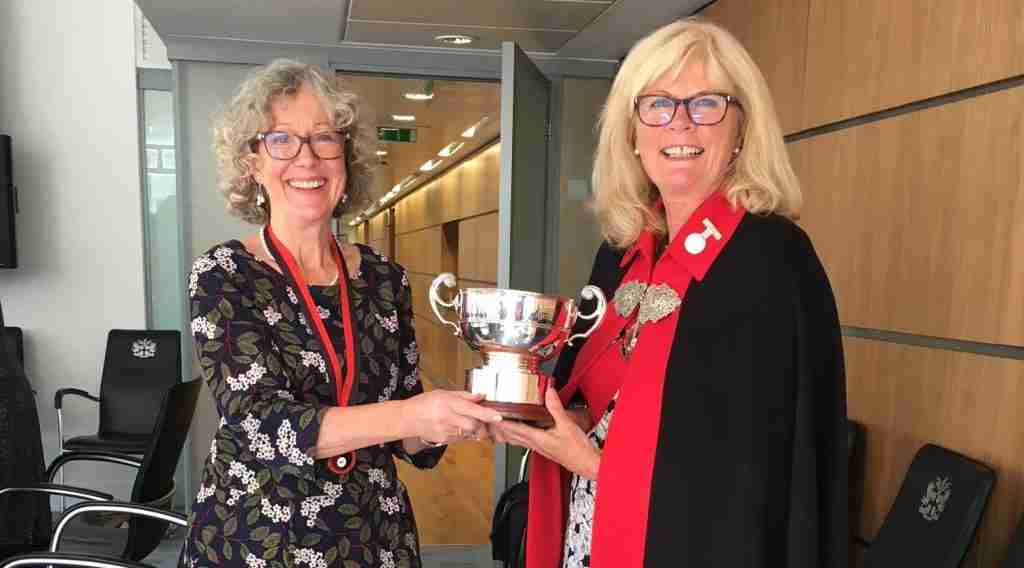 The Court of Assistants of the Company of Nurses held a meeting in Guildhall, London on 29 September.

The Master, Frances Davies gave a report of her role and activity since the Court last met, representing the Company in a full and meaningful way as events are beginning to be held face to face. She was delighted to represent the Company at the Lord Mayor’s Covid award ceremony where a special commendation was made to the entire Company of Nurses to recognise the response of the nursing profession to COVID-19.

Further items discussed at the meeting included recruitment and the Grant of Arms appeal. Reports and recommendations were discussed from each of the standing committees and the Progression Steering Group. The Court agreed the terms of reference for the position of Military Liaison Officer as recommended by the Nomination committee. A fabulous donation of a Silver Cup was presented to the Company by Court Assistant Jane Carey-Harris. In time, the Company will form an affiliation with a military unit and the cup will be presented to its members. Jane was thanked by the Master for this very generous donation.

6 applications to the Freedom of the Company were ratified at this meeting.

The Court of Assistants will next meet on 9 December 2021.