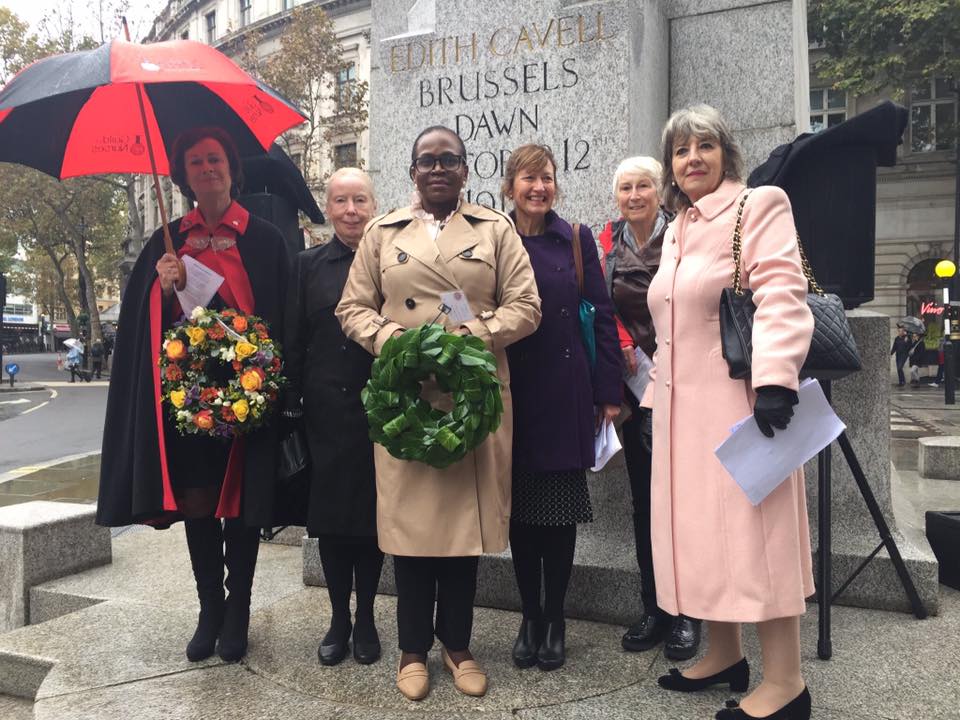 On Saturday 12th October, the Master and Freemen of the Guild of Nurses gathered at the Edith Cavell Memorial, on a gloomy wet day in London. We were there to commemorate the anniversary of Nurse Cavell’s execution in Belgium in 1915. The ceremony was led by Deborah Critchley a Trustee of the Edith Cavell Trust.

On the edges of Trafalgar Square, with its vibrant buskers and demonstrators, our small group gave a good account of ‘Abide with me’ after which wreaths were laid by the Lord Mayor of Westminster and representatives from the Belgian Embassy, the military and civilian nursing organisations including The Guild of Nurses. A minute’s silence was held and then we drifted off to the Chandos pub for tea and coffee before dispersing. 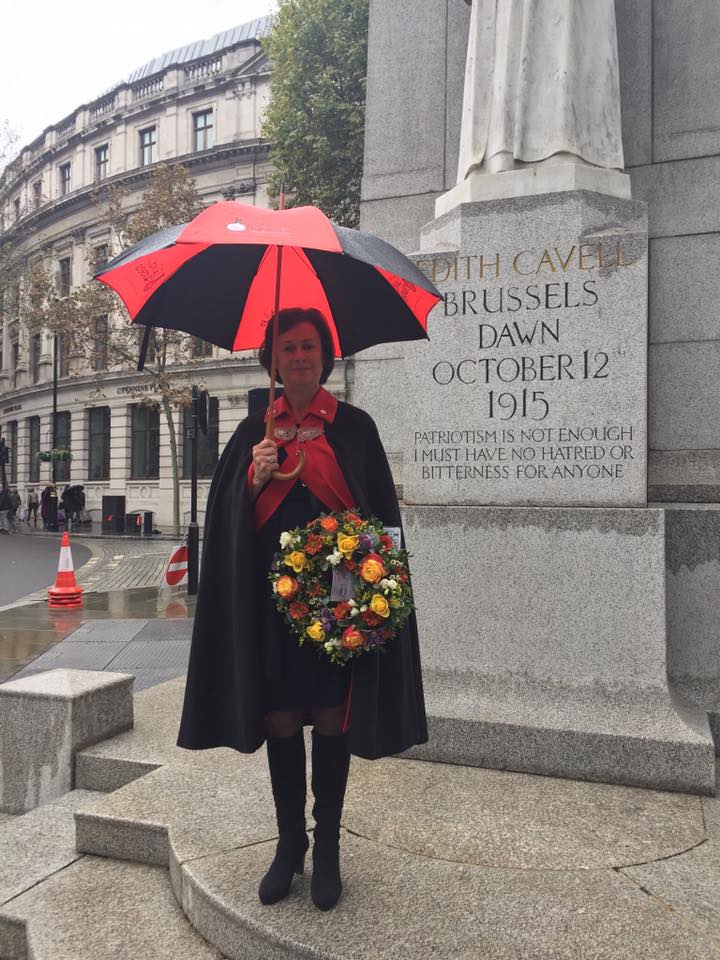 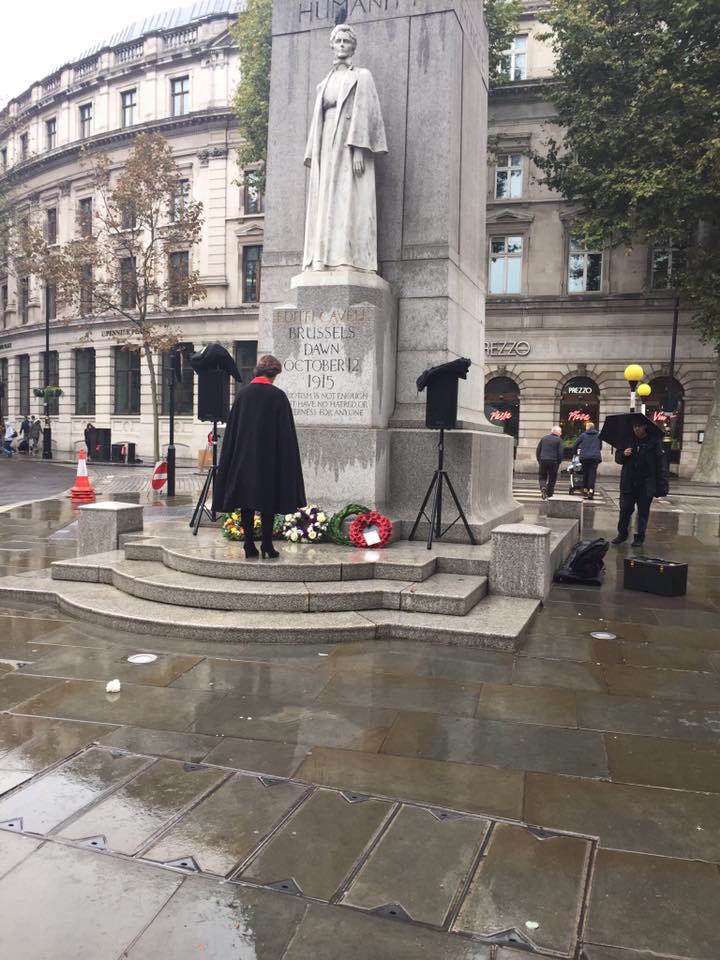