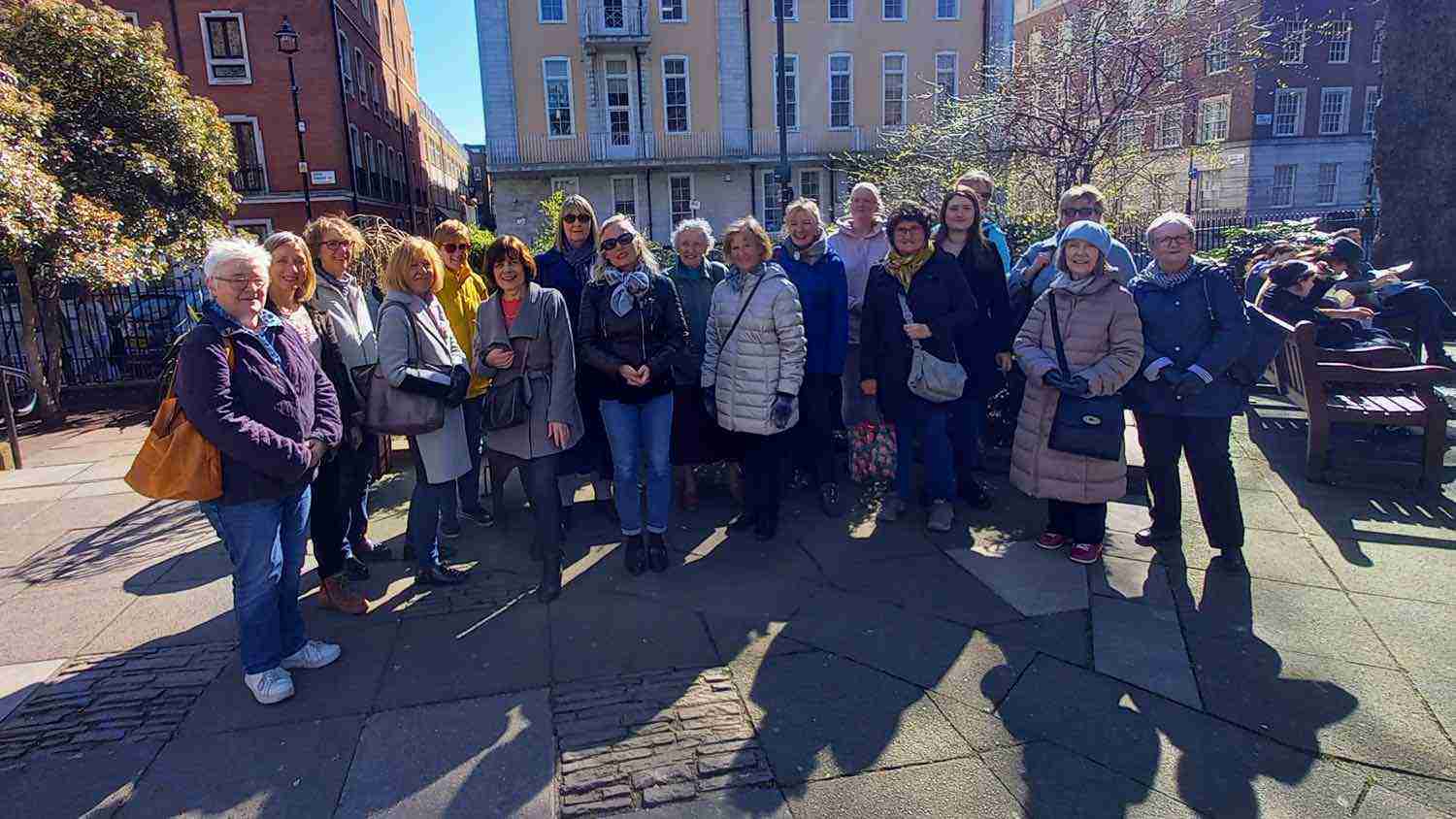 On a lovely sunny spring day, ten Company Freemen and their guests met up to join Mo, our Guide, on a fascinating walk, “Women Behaving Badly in Covent Garden”. Mo commented right at the start, often the women were not behaving badly, it was just how society in their time disapproved of their behaviour.

On our way to Covent Garden from Charing Cross Station, we passed the statue of British Nurse Edith Cavell, where a wreath is laid every year on October 12th, the anniversary of her execution in Brussels for helping Allied soldiers escape during the 1st World War.

We walked through a busy Covent Garden towards Drury Lane and the Theatre Royal, which is the oldest theatre still on the same site in London and where Nell Gwynn made her stage debut. It was here that Charles II first laid eyes on her, his mistress to be.

As we progressed from Covent Garden to Soho, the walk took on a medical theme passing sites of three hospitals; Edell Street Military Hospital, the French Hospital and Dispensary and the Hospital for Women. 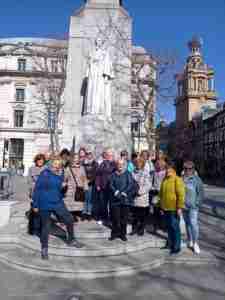 Interestingly Edell Street Military Hospital, which had been established during the 1st World War by doctors Flora Murray and Louisa Garrett Anderson, was entirely staffed and run by women including the doctors, nurses, orderlies and clerks. The Hospital closed after the end of the War in the summer of 1919.

As we passed through Soho Square we saw the Blue Plaque on number 14 commemorating Mary Seacole, as it was here that she started to write her autobiography.

From Soho Square we passed Broadwick Street Cholera Memorial Pump. Dr John Snow identified contaminated water from this pump source as being responsible for a cholera outbreak in the area. He curtailed the use of the water pump by removal of the handle. This knowledge inspired fundamental changes in the water and waste systems of London.

We ended our walk at the Carnaby Street Mural, depicting famous Soho features.

The walk had been very interesting and it was lovely to be able to meet up and chat together as we gained all of this knowledge.