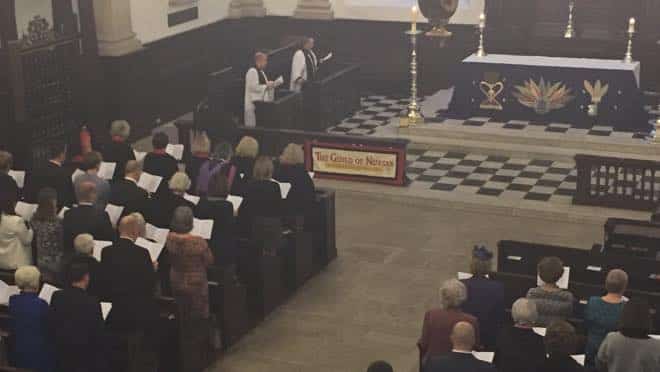 On Tuesday 10th October the Guild of Nurses had their second church service in St. Lawrence Jewry Guildhall.

Over 90 people attended and were able not only to partake of some magnificent hymn singing, but to hear anthems by the choir of St. Mary’s undercroft, led by their director Rob Page. We were then given a most stimulating and heartfelt sermon by The Very Rev’d Andrew Nunn, Dean of Southwark. A copy of his sermon is on the website as is the order of service, which was led by the Rev’d Canon David Parrott ( Vicar) and The Rev’d Charles Pickstone our Honorary Chaplain. Lessons were read by John Allen ( Honorary Clerk to the Guild) and Hilary Andrews ( Court Assistant).

Afterwards we repaired to Guildhall for another declaration ceremony when we welcomed twenty seven new members. A hugely enjoyable buffet supper followed, giving everyone a chance to catch up with old friends and make new ones. 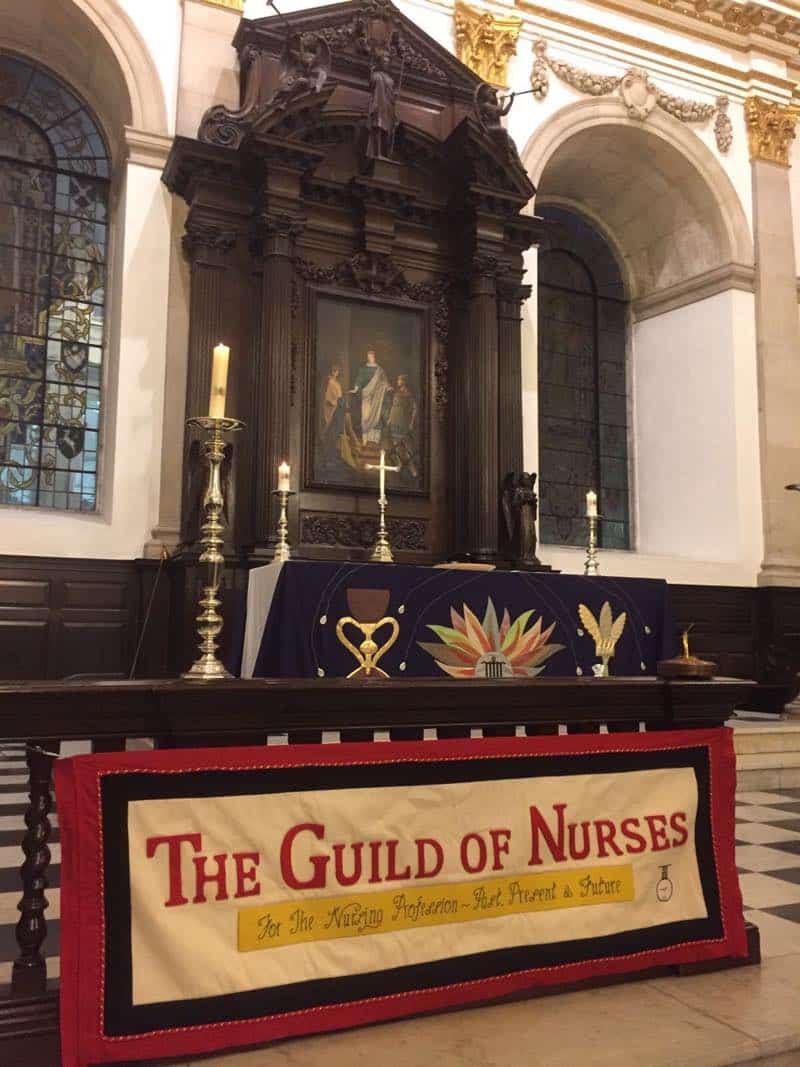 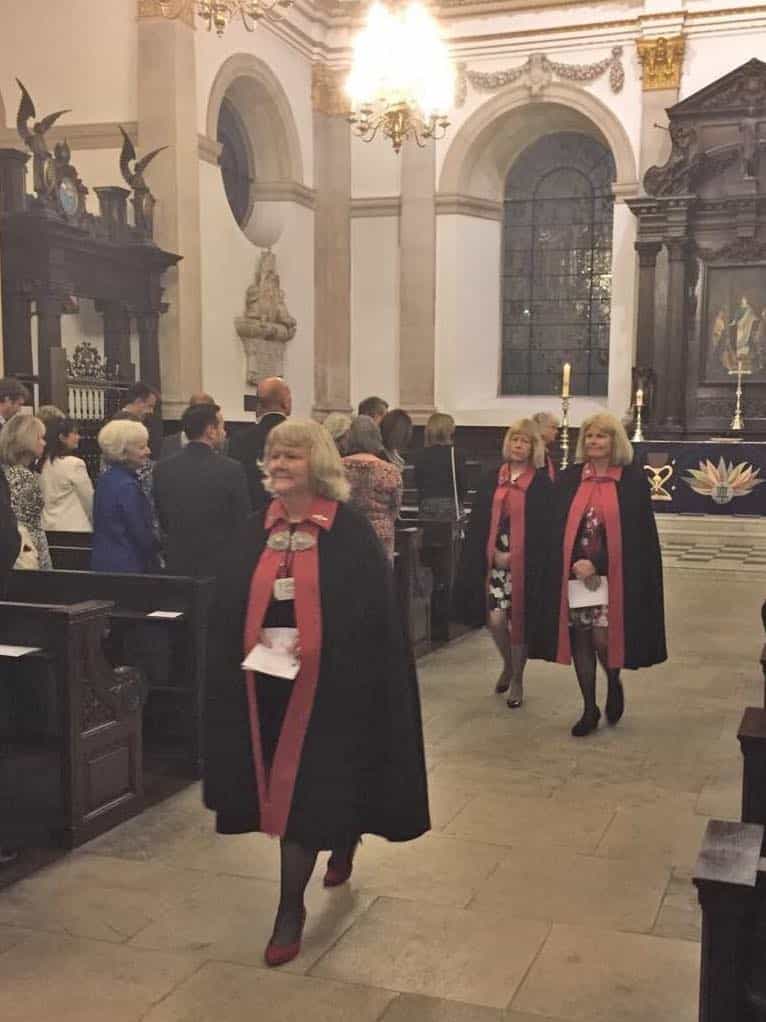