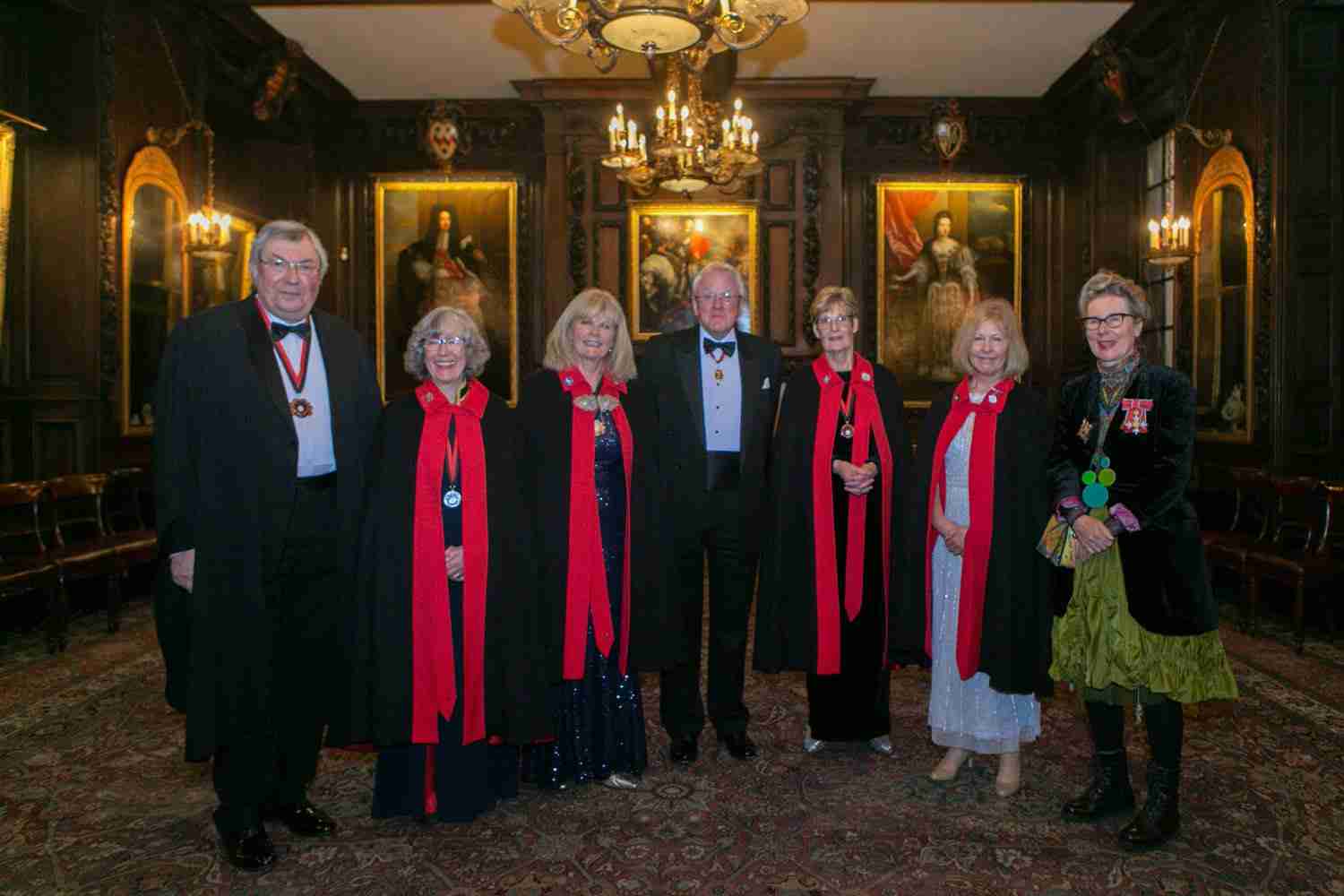 Having been unable to hold our anniversary banquet for two years, it was a delight to assemble in the beautiful Vintners’ Hall on Wednesday 4 May for a wonderful, celebratory occasion. The Worshipful Company of Vintners has a rich history and obtained its first Royal Charter in 1363. Vintners’ Hall is known as the “spiritual home of the international wine trade”. The present Livery Hall was built in 1671 and still retains late-seventeenth-century carvings. The Vintners’ Company historically hosted the “Banquet of the Five Kings” in 1363 and proudly recognise this on a tablet in the Livery Hall. We were able to hold the event there by kind permission of the Master of the Worshipful Company of Vintners and through the sponsorship of our Sponsoring Alderman, Sir Andrew Parmley.

We were treated to a Guard of Honour by the dismounted troop of the Honourable Artillery Company Light Cavalry who looked resplendent in their 19th century Hussar uniforms with silver facings.  They added a wonderful sense of occasion.

Immediately prior to the banquet, our new Master, Julia Mingay, was installed by the Honorary Clerk, John Allen. After making the Master’s declaration, Julia was robed by the Upper Warden, Elizabeth Bardolph, and invested with her badge by the outgoing Master, Frances Davies.  She was then handed the Nurses’ Lamp, a symbol of fellowship, and received a blessing from the Honorary Chaplain, The Rev’d Canon Charles Pickstone.

Following dinner, the now traditional Passing of the Lamp took place to symbolise the care given by members of the nursing profession as well as unity, trust and fellowship. Musical entertainment was provided by Thames Fanfare Brass and included the very popular Posthorn Gallop.

Dame Anne Marie Rafferty replied on behalf of the guests. Her speech was themed around the outstanding contribution that nurses make to healthcare and the key role that they play. She praised the work that nurses had done, and are continuing to do as a result of the pandemic. She concluded her speech with a toast to the Company of Nurses, “May it flourish root and branch forever, coupled with the name of the Master, Julia Mingay”.

In replying, the Master outlined her plans for the year ahead and paid tribute to the Immediate Past Master, Frances Davies, for her stalwart and continued achievements as Master of the Company throughout the preceding eighteen months, when meeting up in person had been impossible most of the time due to Government restrictions.  Fran was presented with a gift and a bouquet of flowers from the Company. Flowers were also presented to Lady Parmley in recognition of her support for the Company and to celebrate her birthday!

The evening was a very special occasion, marking our fellowship and continued progress towards Livery status. Freemen can view photographs from the evening in the gallery in the members section of the website. 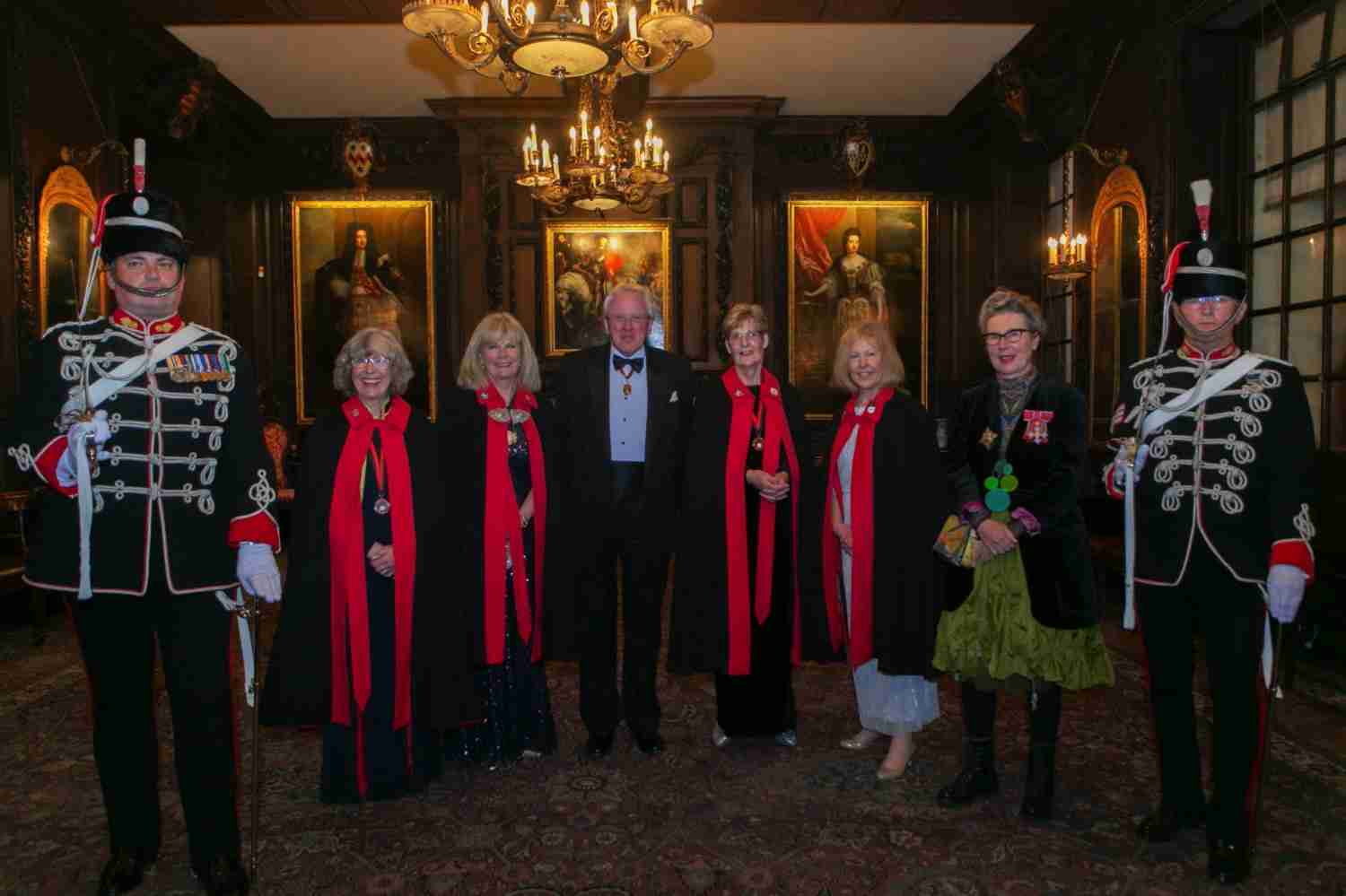 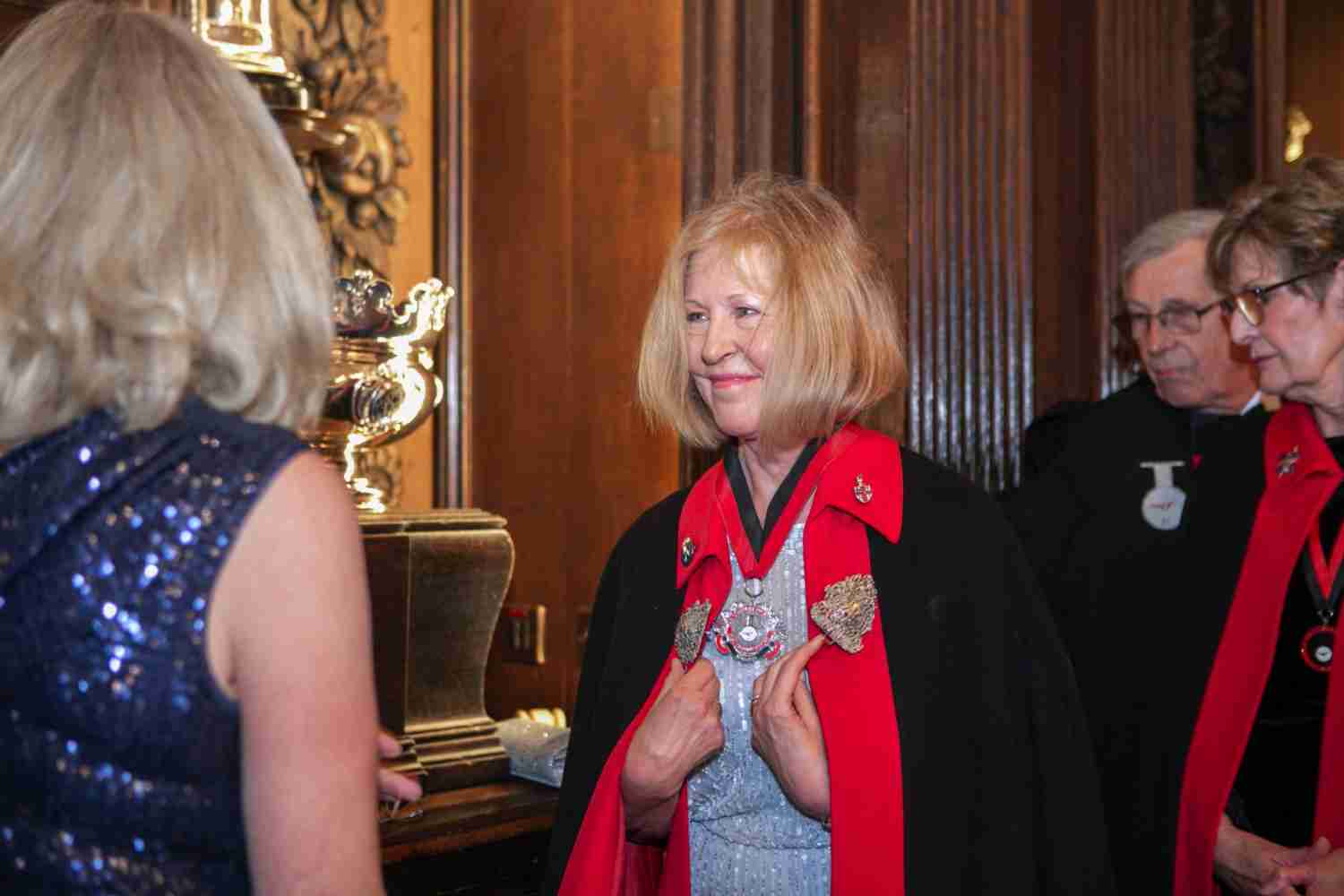 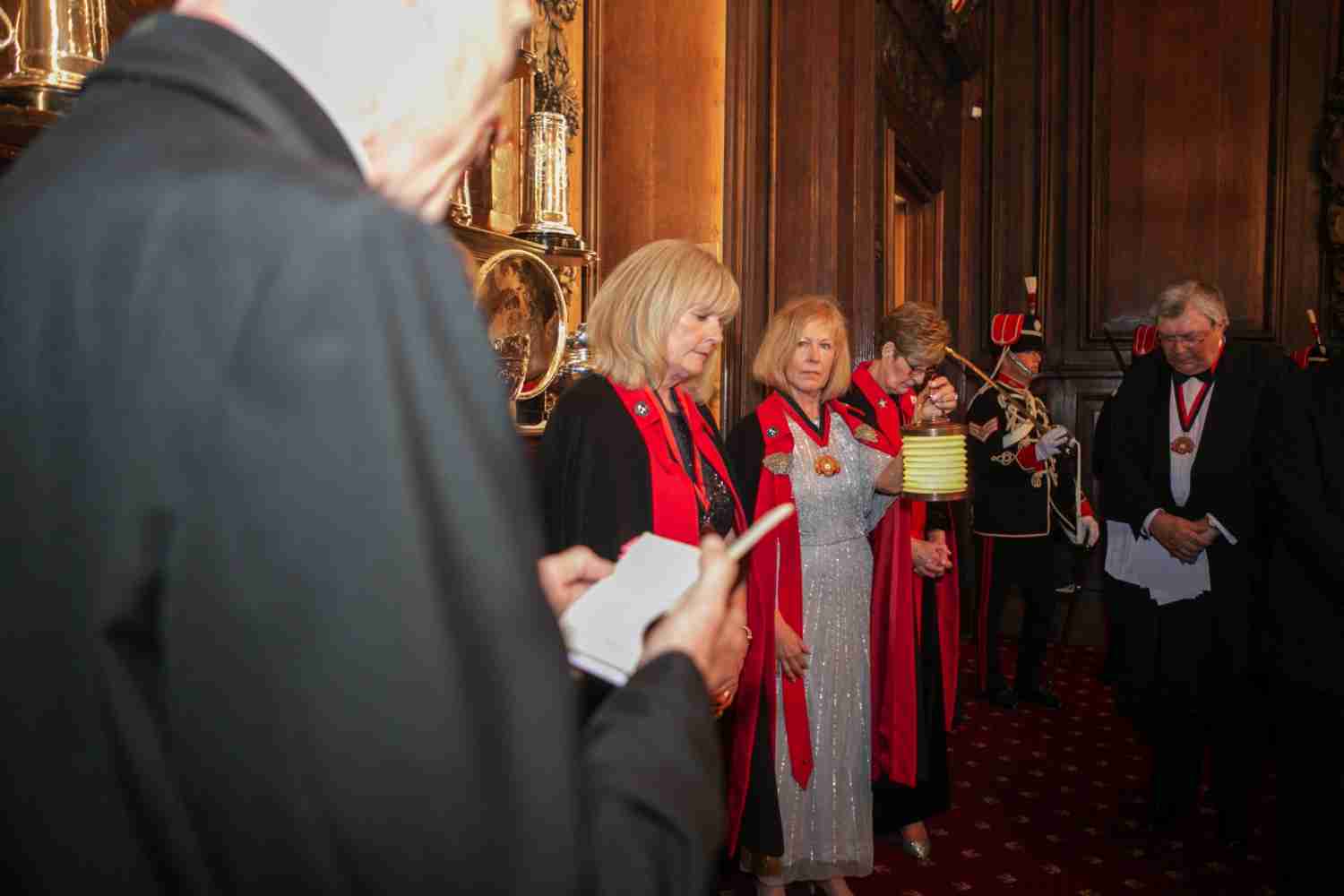 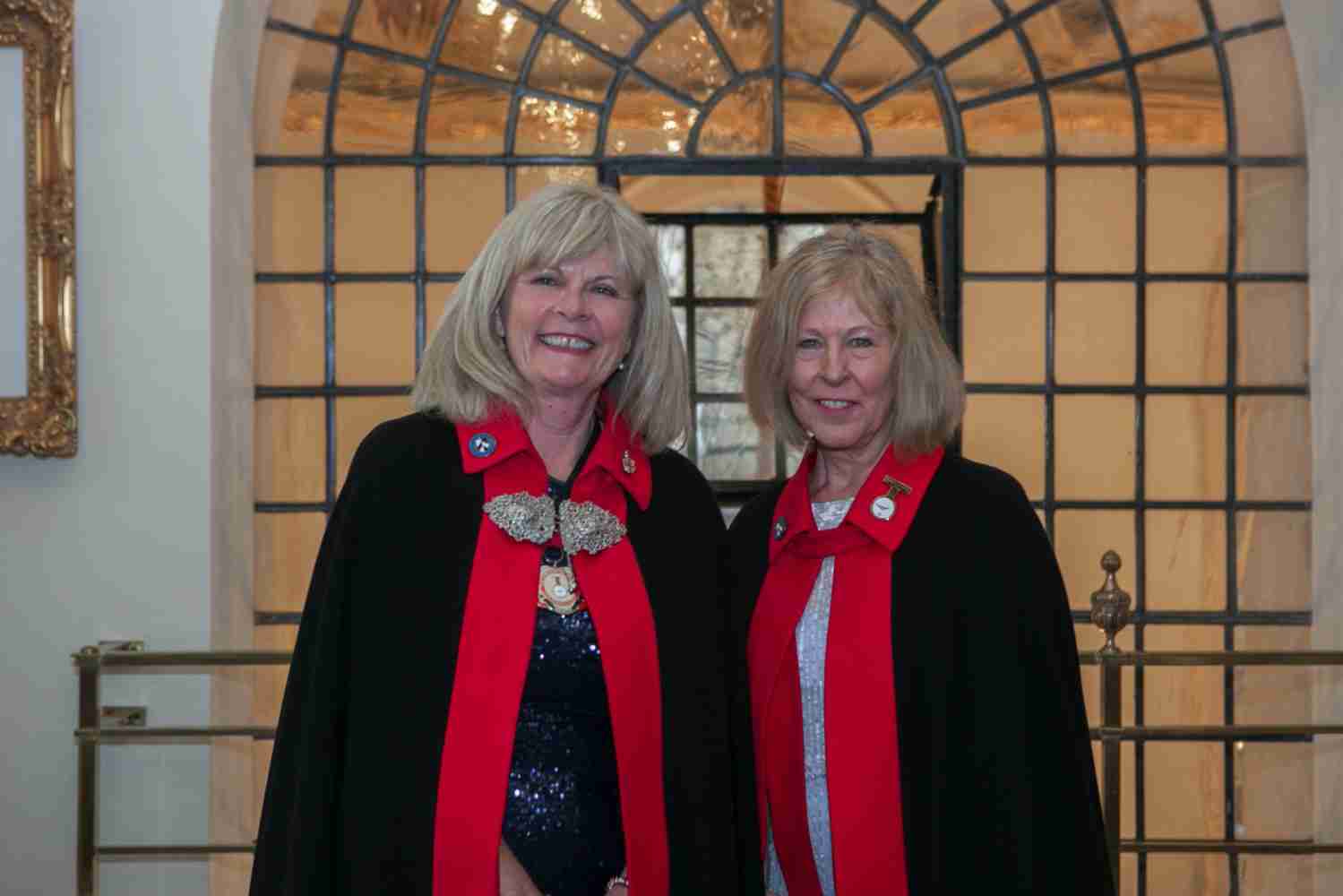 ← The Big City Loyal Toast – 5.45 pm Monday 30 May 22News from the Alderman and Sheriff Alison Gowman →
Scroll To Top