The Guild of Nurses celebrated its first anniversary on 12th May with a splendid banquet at Guildhall. We were thrilled to entertain our sponsoring Alderman, The Lord Mayor, Dr. Andrew Parmley and his wife Wendy, the Lady Mayoress. Both Sheriffs of the City of London, Alderman Peter Estlin and Alderman William Russell and their wives were also welcomed. It is most unusual to have the “full flush” attending any livery company’s banquet. We were honoured and delighted that they were all able to join us.

In view of The Lord Mayor’s northern roots, we feasted on the Port of Lancaster Smokehouse Salmon, Fillet of Lancashire Beef, ending with dessert, which included Knickerbocker Glory Ice Cream. The lights were then dimmed and our now traditional ceremony of Passing the Lamp took place.

Dr Parmley’s speech was humorous whilst being pertinent to the nursing profession. He was delighted to receive a first aid kit as a personal gift from the Guild of Nurses. The Master also presented a cheque as a donation to The Lord Mayor’s Charity Appeal.  Distinctive red and black Guild umbrellas were given to the Sheriffs. It did not end there, as Mark Grove from Cook and Butler donated a statuette of Florence Nightingale. The Founders were each given a silver salver  engraved with their name and the date of the Guild’s foundation which had been arranged as a surprise by the Court Assistants.

Keith Lawrey, our retiring Honorary Clerk, was installed as the second Honorary Freeman of the Guild, in the presence of the Lord Mayor – the Guild’s first Honorary Freeman. We sang ‘For He’s a Jolly Good Fellow’ in recognition of Keith’s enormous contribution to the Guild. At the Lord Mayor’s instruction, we also sang ‘Happy Birthday’ to The Master, Brenda Griffiths, both with keyboard accompaniment by Paul Gobey.  A musical interlude, probably unique at Guildhall, much enjoyed by all present.

I think we can all agree that it was a most joyful occasion full of laughter, conversation, ceremony and friendship. It was a wonderful celebration for us all in the presence of the Civic Party.  We look forward to the year ahead and the Guild’s continued progress.

(Click on an image below for a slideshow and more details) 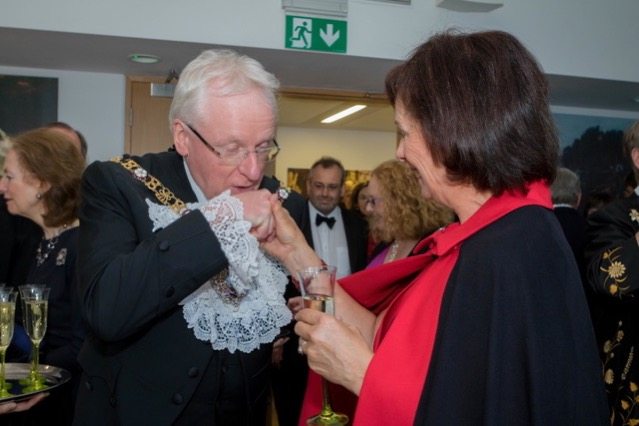 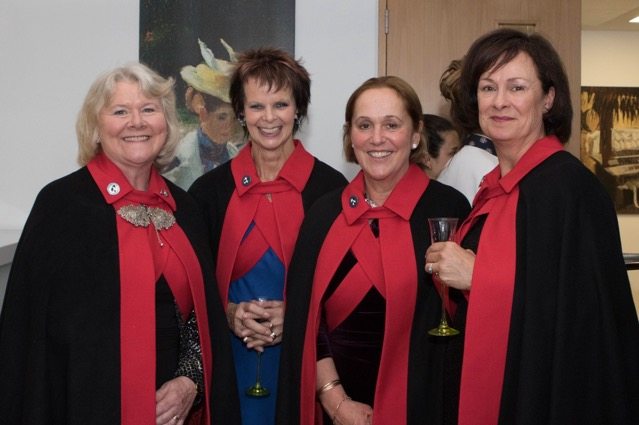 The Master and Wardens 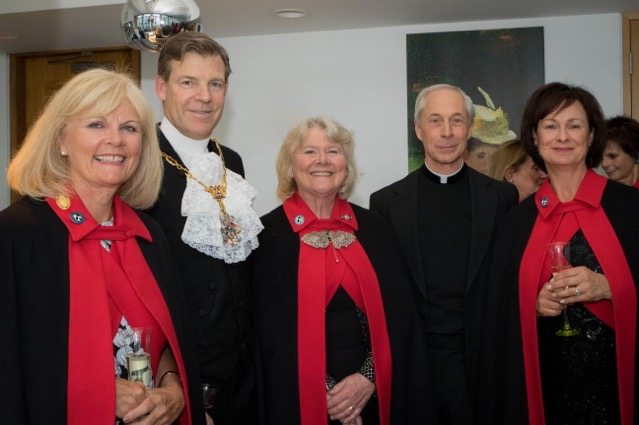 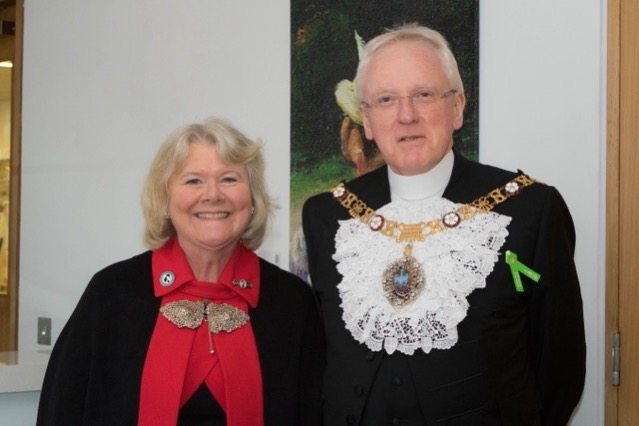 The Lord Mayor and Master 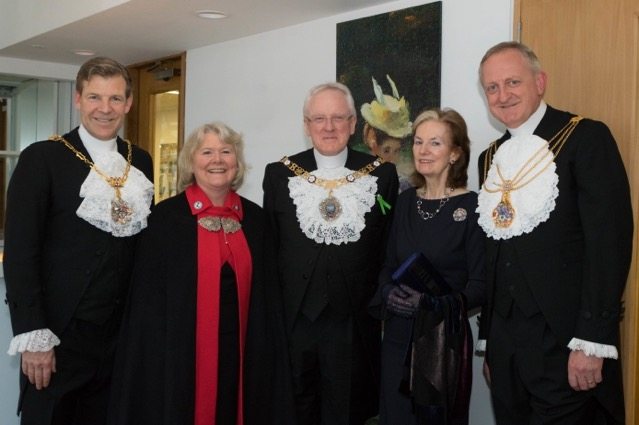 The Master greets the Lord Mayor, Lady Mayoress and Sheriffs of London – such an honour to welcome them all to the Guild’s anniversary banquet 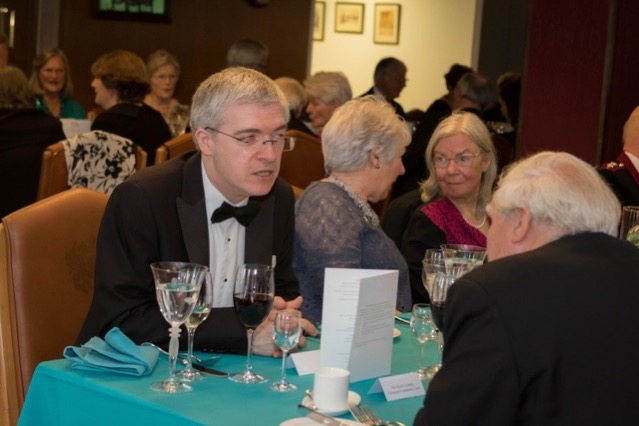 Paul Gobey provided the musical accompaniment for the evening – uniquely adding For He’s a Jolly Good Fellow and Happy Birthday to his formal repertoire! 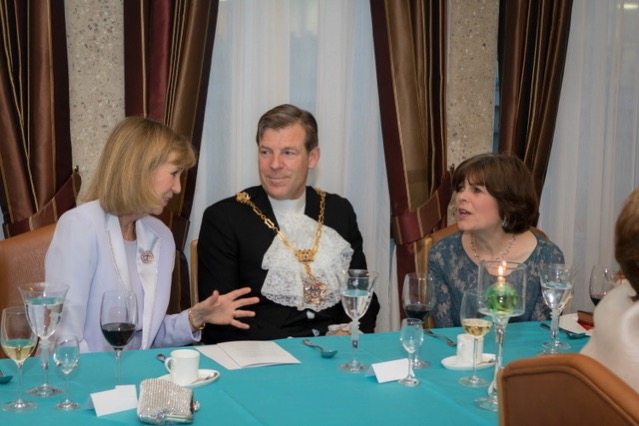 Alderman Russell and Mrs Estlin with the Upper Warden 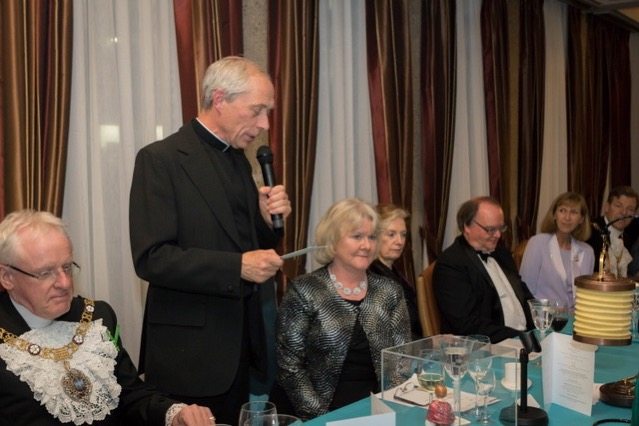 The Chaplain blesses the Nurses’ Lamp 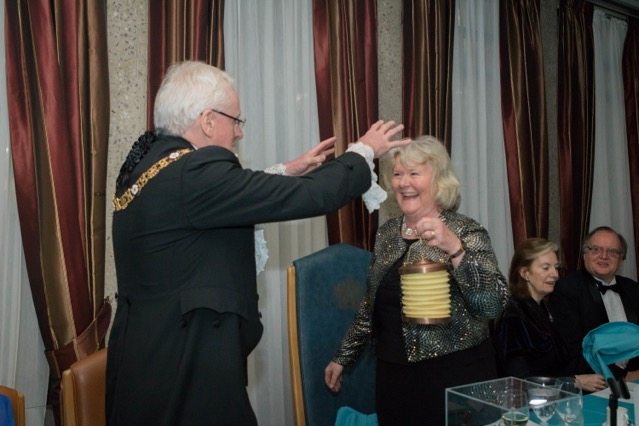 The Lord Mayor and the Master enjoy Passing the Lamp – a symbol of nursing unity, trust and fellowship within the livery fraternity 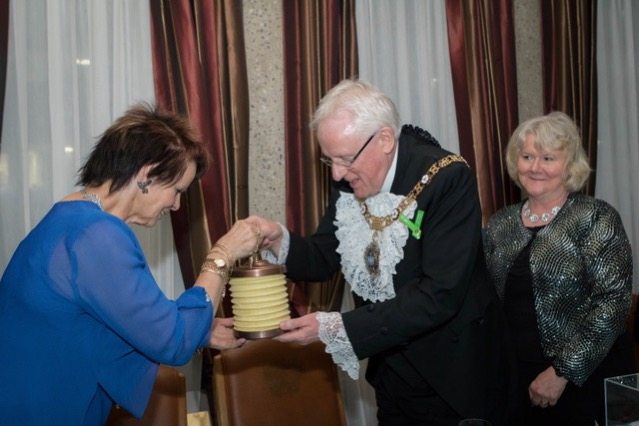 And the Lord Mayor passes the Lamp onto a Founder Warden, The Rt Hon Anne Milton MP 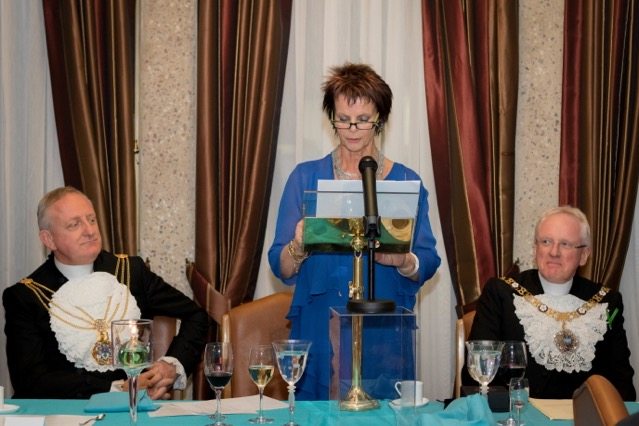 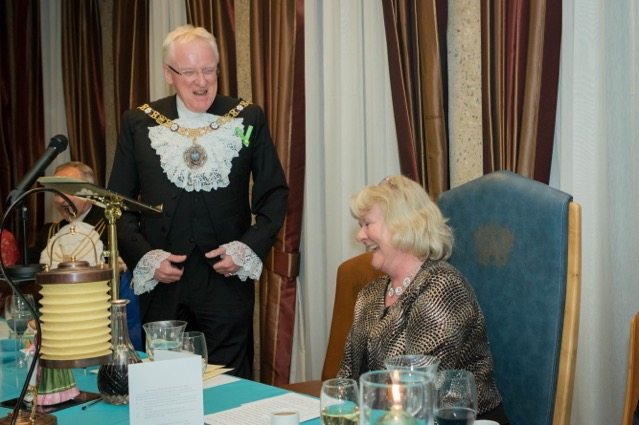 The Lord Mayor surprises the Master by commanding that the gathered assembly sing her Happy Birthday. 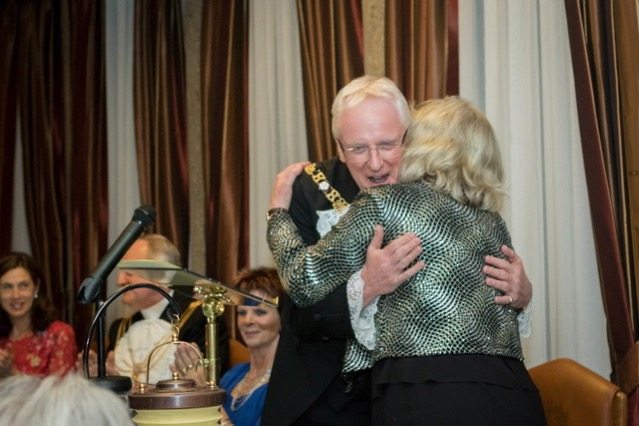 Such a wonderful and moving gesture – a song not often sung at Guildhall! 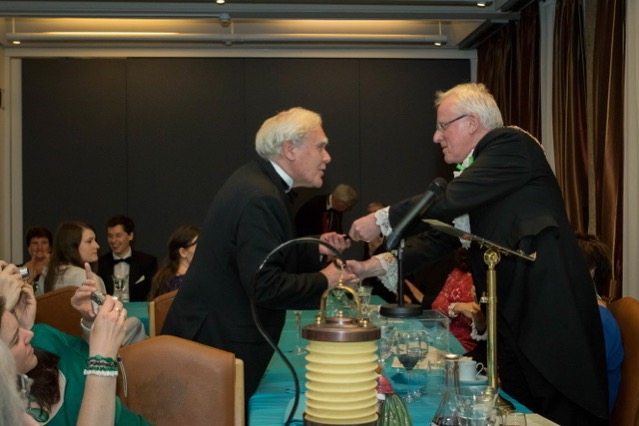 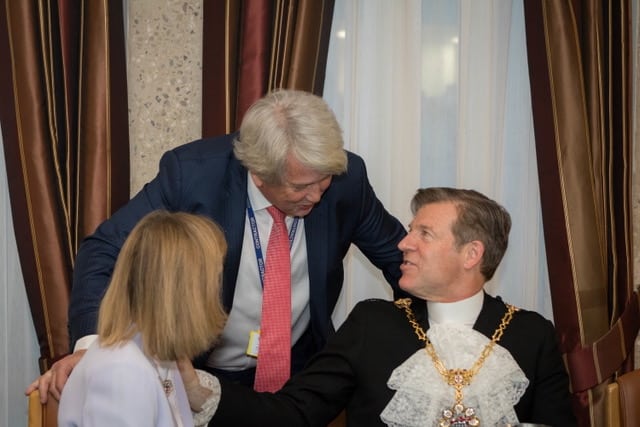 Mark Grove of Cook and Butler is a great friend to the Guild - his mother was a nurse. Here, he is just checking our feast was as it should be - it was! 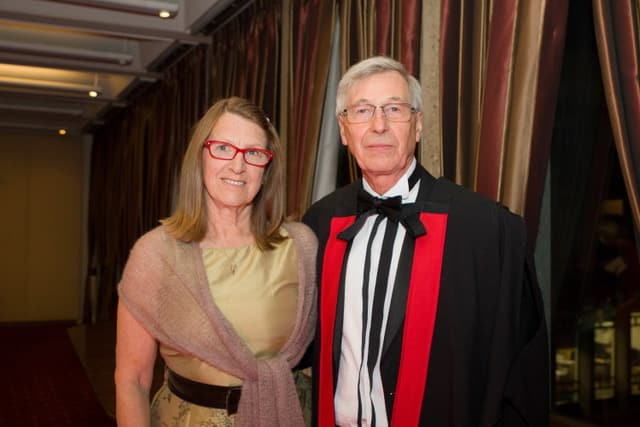 Our Beadle, Martin Whitehead and his wife Janet - quite a task keeping us in order! 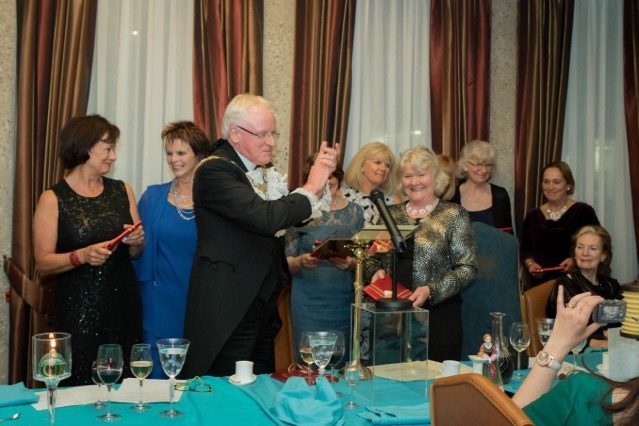 The eight Founders of the Guild of Nurses are surprised and delighted by the presentation of a silver salva to each as a gift. A delightful and moving conspiracy between Mansion House and the Court of Assistants 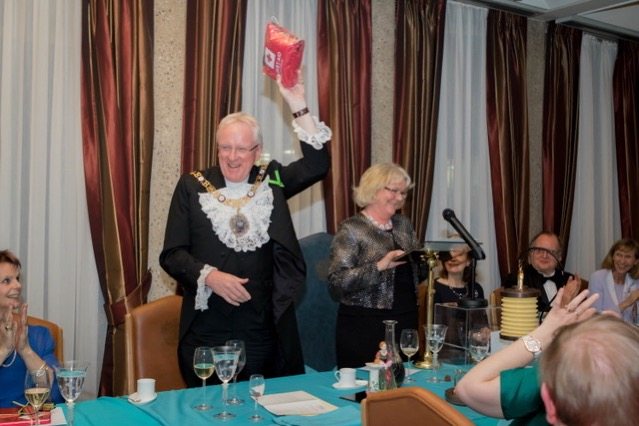 The Lord Mayor is presented with a gift from the Guild of Nurses – he is delighted to receive a First Aid Kit, which we hope he never has to use!
← Norwich Cathedral Visit – 3 June 2017Rock & Shop City Walk – 8 July 2017 →
Scroll To Top