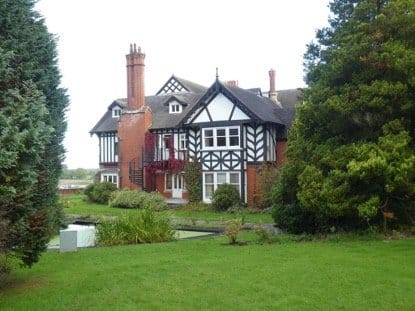 Towards the end of 1968 I left Barts Hospital in the City of London, having qualified as a nurse and completed my year as a Staff Nurse.

At the beginning of January 1969 I was appointed as Junior Sister at Lancaster University. The Senior Sister and I were on duty on alternate days, each covering 84 hours a week!

We lived and worked in Bailrigg House, a lovely building that had previously been the Vice Chancellor’s residence. 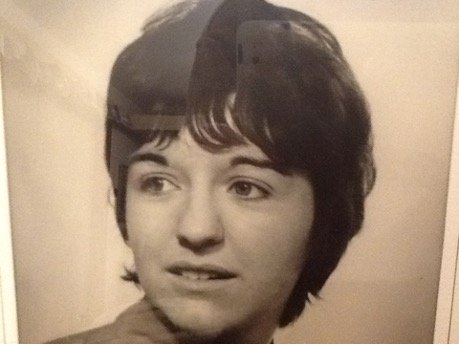 Ann in uniform at Lancaster University

Mrs Bland came up one day to tell me water was pouring down from my bathroom into hers even though I wasn’t using it at that time.  However, on checking, I found the water was pouring through my bathroom too!  She asked me to go and check John’s room and there he was flat out asleep in the bath! The water came up to his chin and flowed freely over the floor! He was blissfully unaware that this was happening and that he could have drowned as his head was already partially under water.

Soon after this rescue, John became quite unwell. I brought him down and nursed him in my lounge which was next to the inpatient ward, the very next room having been used by Princess Alexander when, as Chancellor, she had stayed over night.

I didn’t expect a thank you gift of his sculpture pictured below.

I still have it today – 51 years later. It has had pride of place in our lounge ever since. My daughters and granddaughters are deeply attached to it and so it’s future is assured.

I was very fortunate to be invited to attend an exhibition of his sculptures in his workshop on campus.  I went with the senior   nurse following in her footsteps until we reached John at the end.

She promptly pointed to her favourite work of his and he gave her a huge smile and thanked her!  It was the anvil! 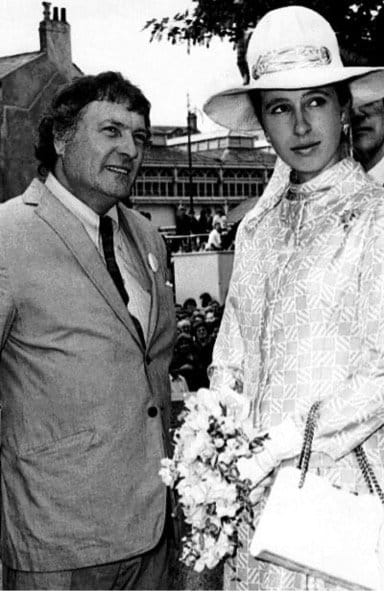 Sadly John died in1990 at the age of 69 but his work lives on at Lancaster and Leicester Universities, Darlington Town Hall where his huge work: ‘Resurgence’, was opened to the public by Princess Anne on 27 May 1970 - See above, The Tate Gallery, Victoria & Albert Museum, British Council Collection and galleries around the world including in America, Yugoslavia, New Zealand and Australia.

These are all places where John’s work is on show.